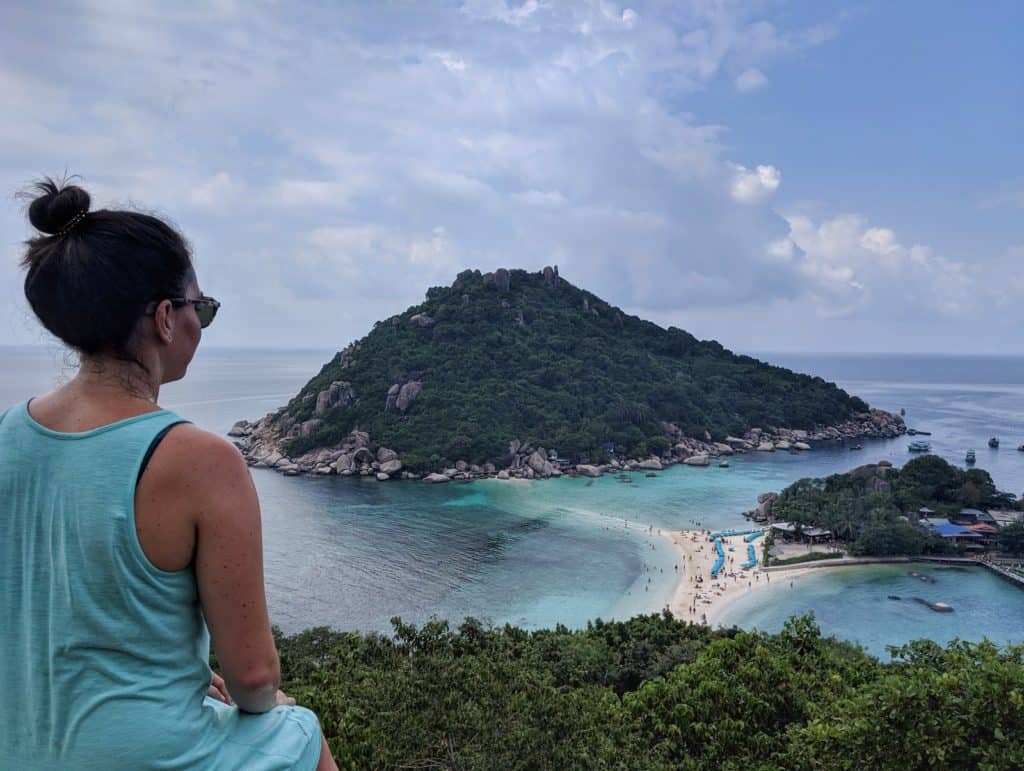 Some of you may remember the deal of the year in August 2018 — Hong Kong Airlines sold business class tickets for flights to Bangkok and other Southeast Asia destinations for just a mere $633 round-trip. Even though I didn’t have plans to visit Southeast Asia in 2019, I just couldn’t pass up a deal that good, so I booked tickets for my boyfriend and me to visit Thailand for two weeks. Spencer Howard, 10xTravel’s Editor In Chief, also joined us on our flights for some fun in the sky!

The deal was an obvious mistake fare and, as with most mistake fares, it was only available to book for a few hours. Also, those of us who booked the deal wasn’t sure whether or not Hong Kong Airlines would honor it, because return trips between the US and Southeast Asia represent some of the world’s longest itineraries.

In order to snag a deal like that, you need to have your ear to the ground pretty much at all times. This is why it’s important to subscribe to forums and alert platforms like the Flyertalk Premium Fare forum, the very place where the Hong Kong deal broke.

Within minutes of the news breaking, the entire travel hacking community was buzzing and I (obviously) decided to reserve tickets. I had a full 24 hour period to cancel if we really couldn’t make it work, but for something this good, we would make it work.

A couple of days after I and a lucky few snagged this great business fare, Hong Kong Airlines sent out a tweet regarding the mistake. Luckily and perhaps surprisingly, they announced that they chose to honor the fare and welcomed each lucky passenger onboard their new business class cabins. We were all set to go, and didn’t have to worry about whether or not our tickets had been confirmed.

When I booked the Hong Kong Airlines business class flight, I wasn’t quite sure what to expect. All I knew was that $633 round-trip would have been a pretty solid price in economy, so even if their business class wasn’t great, it was a good price.

After the deal happened, a number of other people flew Hong Kong Airlines first, and based on their reviews and photos, I knew I had something to look forward to. 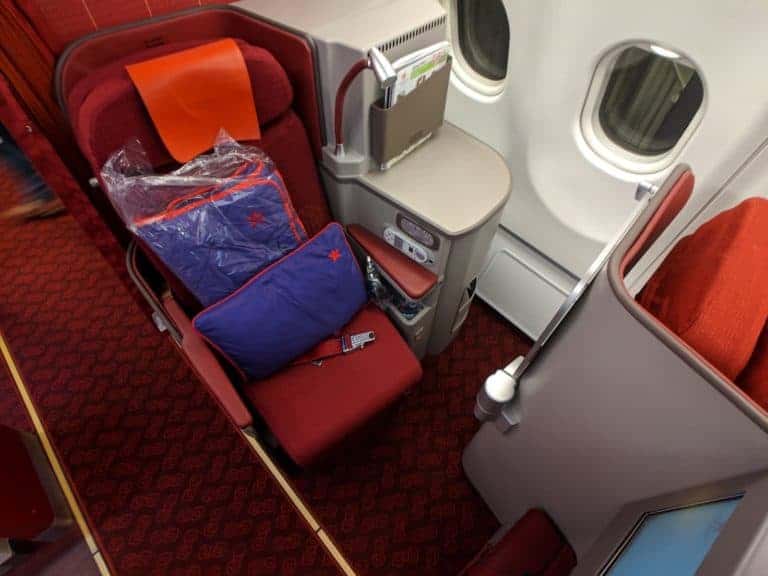 Hong Kong Airlines has a bright red interior in their planes, and their long haul flights have fully-flat, comfortable, spacious business class seats. Just like anybody, I like a good rest while I’m traveling so that I don’t have to waste any daylight when I arrive at my destination. Fully-flat seats help me fall asleep in no time! 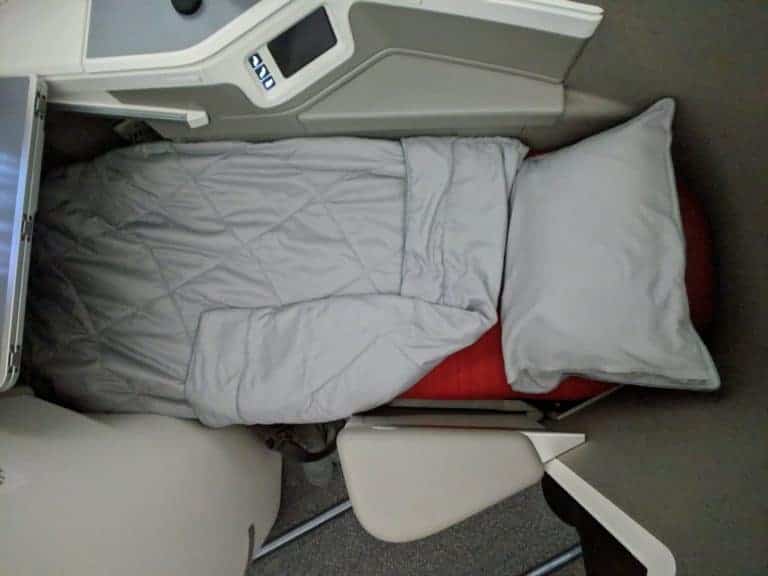 The food on the flights wasn’t my absolute favorite business class food, but it wasn’t bad either. Hong Kong Airlines offered selections of Asian food as well as Western food. 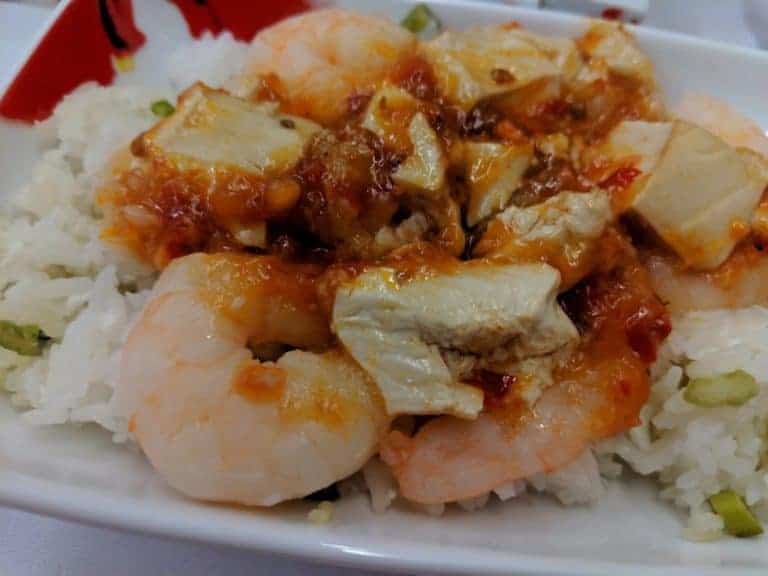 Every business class passenger was given a simple, but nice, amenity kit stocked with some overnight trip gear and L’Occitane products. 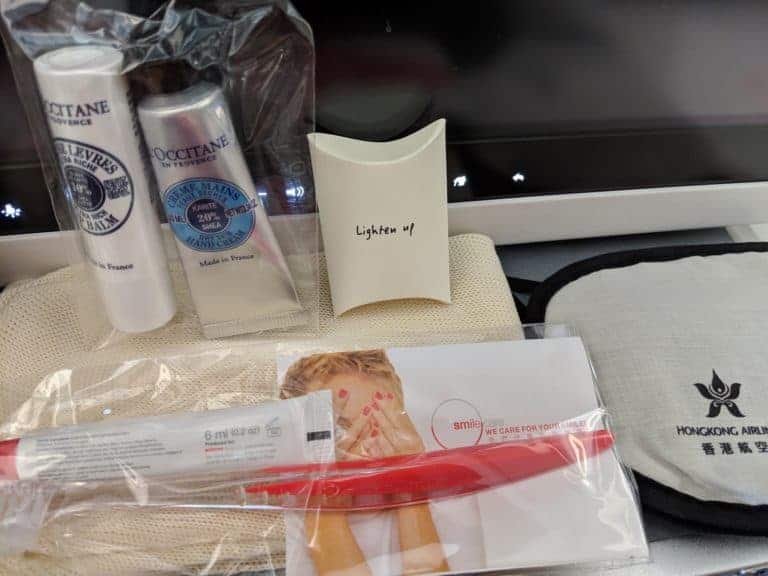 And my absolute favorite part of the flight (other than traveling with Spencer, of course!) was the delicious Chai Tea! 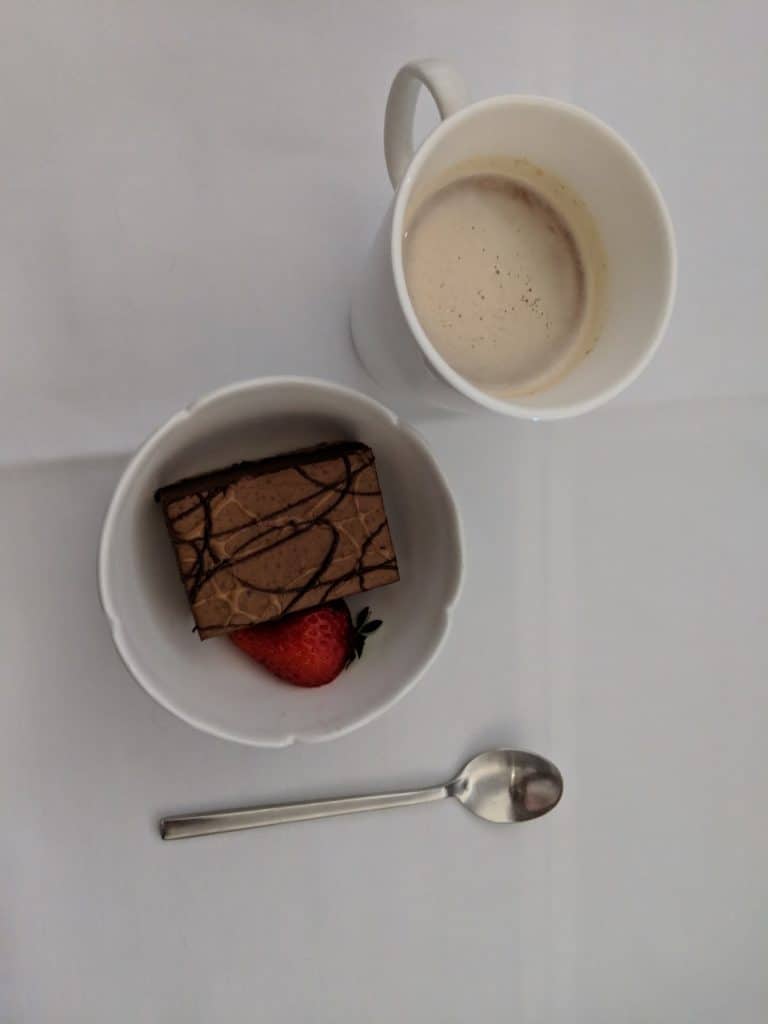 What About the Layover?

We had a layover at HKG before continuing on to Bangkok, so we stopped in the lounge during that.

What We Did in Thailand for Two Weeks

Thailand is a big country for Southeast Asia, so we decided to focus on just a small part of it during our two-week visit. If you ever get the chance, though, I definitely recommend exploring several different places across Thailand.

The culture, food, and landscape in Thailand are very diverse and regional, so it’s pretty common to find something in one region that you won’t be able to find anywhere else.

Northern Thailand is full of thick jungles and storied Lanna cities with temples on every corner, but southern Thailand is more well known for its beaches and island life. We opted to stick to southern Thailand for this trip because we love scuba diving and it’s inexpensive and exciting there. After spending the first night in Bangkok, we flew down to Chumphon (CJM) and took a ferry over to Koh Tao. 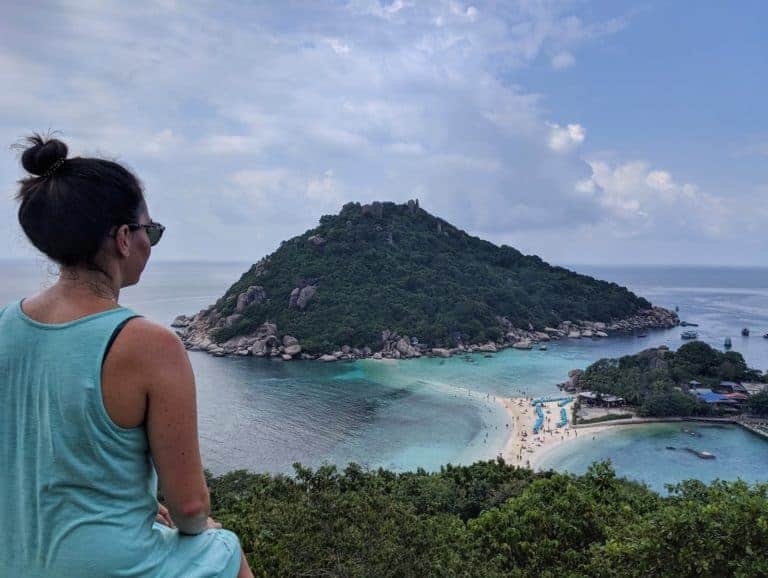 I have a friend who has been living on Koh Tao for a few years, and every time I see him, I tell him that I want to make it there for a visit. But then, I usually get distracted by other things and other places and don’t end up going. 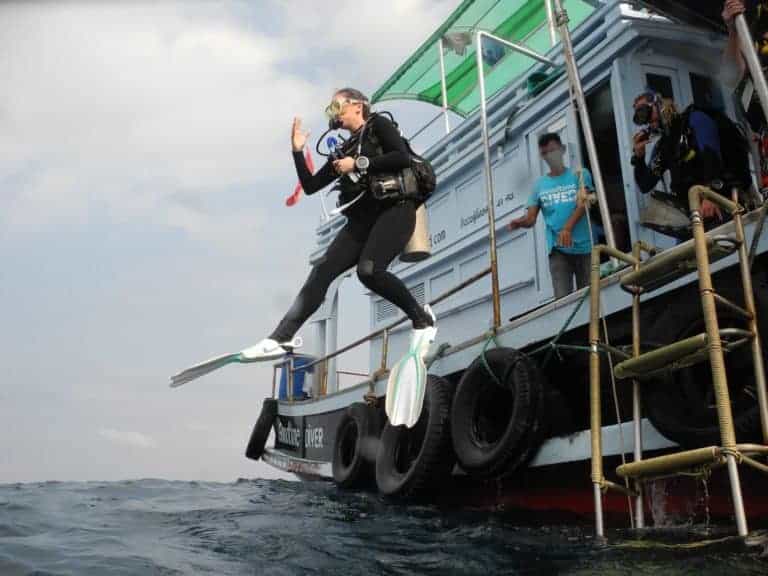 So, this fare deal was a great excuse to go visit him and scuba dive for a little over a week! And, of course, eat a ton of delicious Thai food. 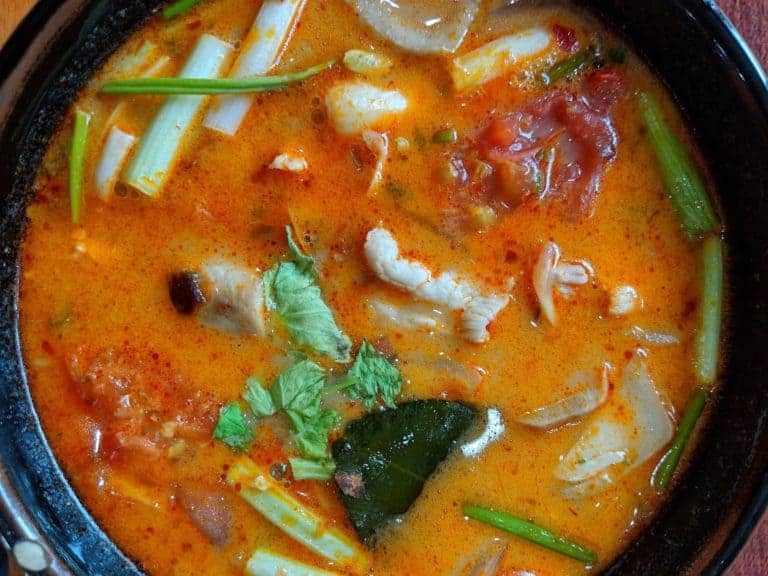 After our time in Koh Tao was up, we took a bus back to Bangkok. We could have flown, but we would have had to take a full day off of scuba diving before flying back. We decided that it made more sense to just dive our last full day and then take a ferry back to Chumphon and a bus to Bangkok.

When we arrived back in Bangkok, we had two days to make the most of before our flight back to the US and I had one major thing on my agenda: I wanted to get a Sak Yant tattoo. I had been wanting to get one of these spiritual Thai tattoos since I first heard about them in 2014.

This kind of stick-poke tattooing is an ancient art traditionally practiced on men for protection during times of conflict. However, anyone can get tattooed by either a Monk or an Ajarn, which in this context, is a tattoo master that is not involved with monkhood.

My last night in Bangkok, it turned out that a bunch of other points and miles enthusiasts were there at the same time, so we met up for a dinner river cruise. It was a perfect way to wrap up our unexpected journey.

I love crazy deals like this because they allow me to plan trips that I otherwise probably wouldn’t be able to enjoy. When a great fare pops up, you have to decide right away whether or not you want to book the flight (and then you can always think about it for up to 24 hours).

It was great to be able to fly a new business class product with Spencer, visit a friend who lives in Thailand, and run into a bunch of other friends for a fun night on the river!