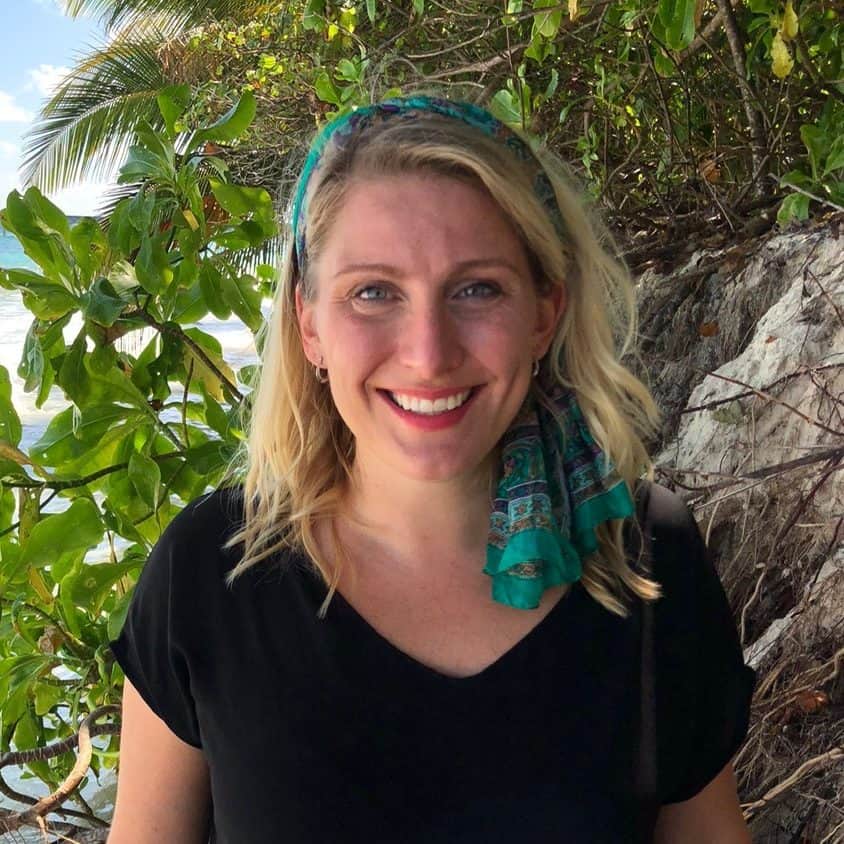 Due to the popularity of the airline, Chase’s co-branded Southwest credit cards are also hugely popular. Since getting started in the points and miles world, I have become incredibly observant of the credit cards people are using at grocery stores, pharmacies and restaurants. Let me tell you, I see a Southwest credit card almost every time I’m out!

This is likely because Southwest offers different versions of personal credit cards, as well as a business credit card. With three options, this comes as no surprise.

Here’s a quick summary of the card details you need to know:

Who Can Get This Card?

The new Southwest Rapid Rewards Priority Card has a couple restrictions as to who can get it. 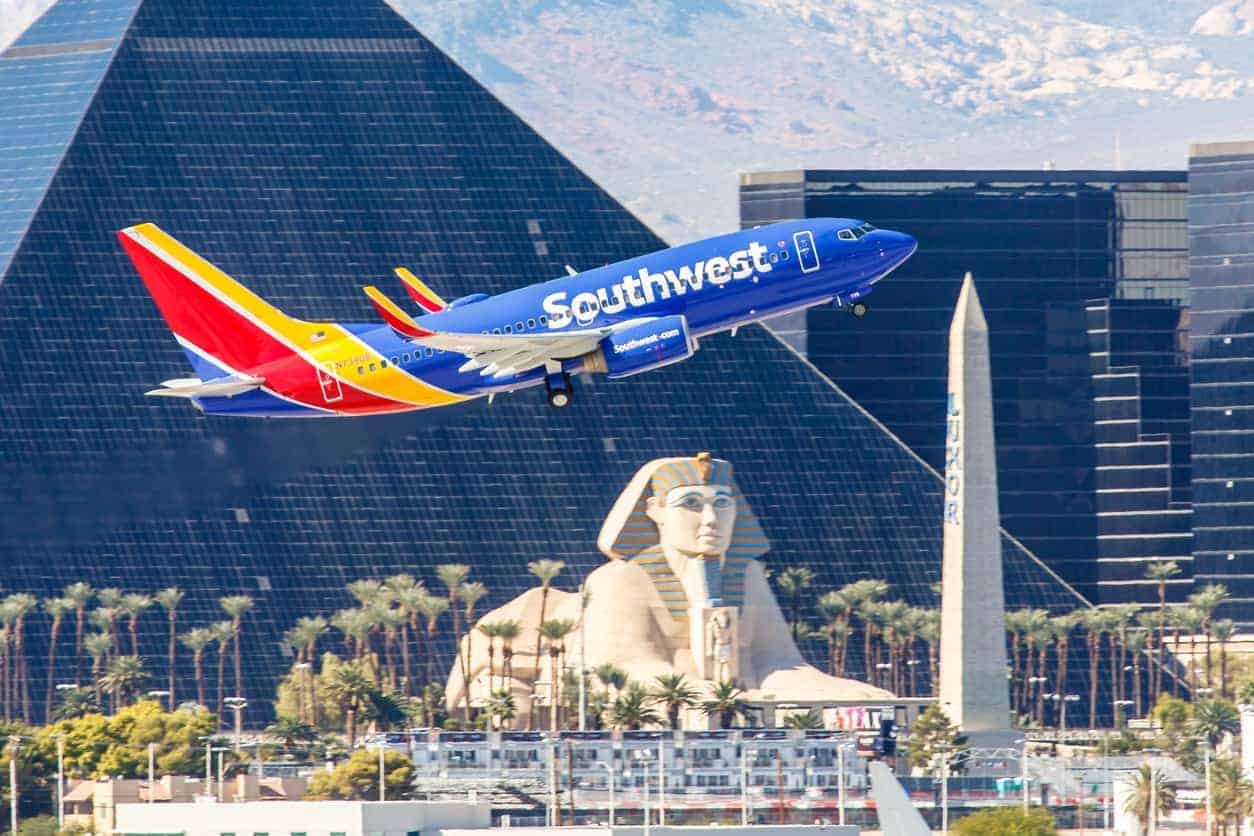 While Chase has not specifically disclosed the Southwest Rapid Rewards Priority Card is subject to the 5/24 Rule, the other Southwest credit cards are 5/24 restricted, so it would be surprising if 5/24 is not applied to this card.

If you are over 5/24, it’s almost guaranteed that you won’t be approved for this card.

Earning 40,000 Rapid Rewards points after spending $1,000 is a pretty average offer for a personal Southwest credit card. The bonus on the cards has been known to be higher, with offers up to 60,000 points offer for spending $2,000.

Since this offer is only 40,000 after spending $1,000, it’s not the best we have seen from personal cards, and it wouldn’t make me leap out of my seat to hurry and apply.

The $75 annual Southwest travel credit is applicable each annual cardmember year, meaning it is available on your account opening date, and can be used through the next 12 monthly billing cycles. 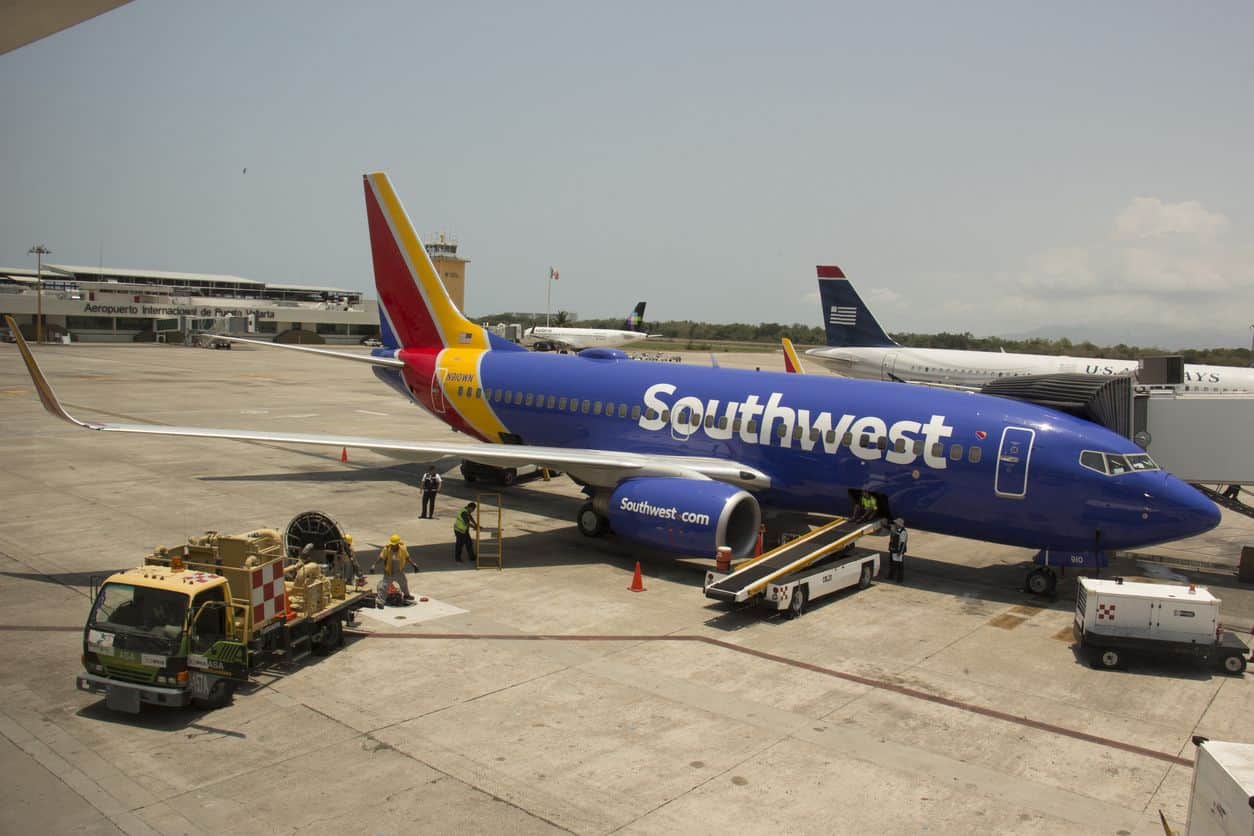 This card earns Rapid Rewards points and the earning structure is very similar to other airline co-branded cards. You earn 2X points per dollar on purchases made through Southwest, and 1X point per dollar on everything else. This is nothing to write home about.

However, the Southwest Priority Card stands out from the other Southwest cards due to the reimbursement of 4 Upgraded Boarding purchases per anniversary year as well as 20% back on inflight drinks, WiFi, movies and messaging.

Upgraded Boarding can be purchased at the gate on the day of travel and allows the traveler to receive a position in the A1-A15 boarding group. The cost is $30-50, however, these fees will be reimbursed as a statement credit within 8 weeks.

This can be very helpful in securing your preferred seat if you forgot to check-in early and ended up with a C45 boarding pass! 10xTravel Contributor, Travis Cormier, used Upgraded Boarding to snag a window seat with ALL THE LEG ROOM! 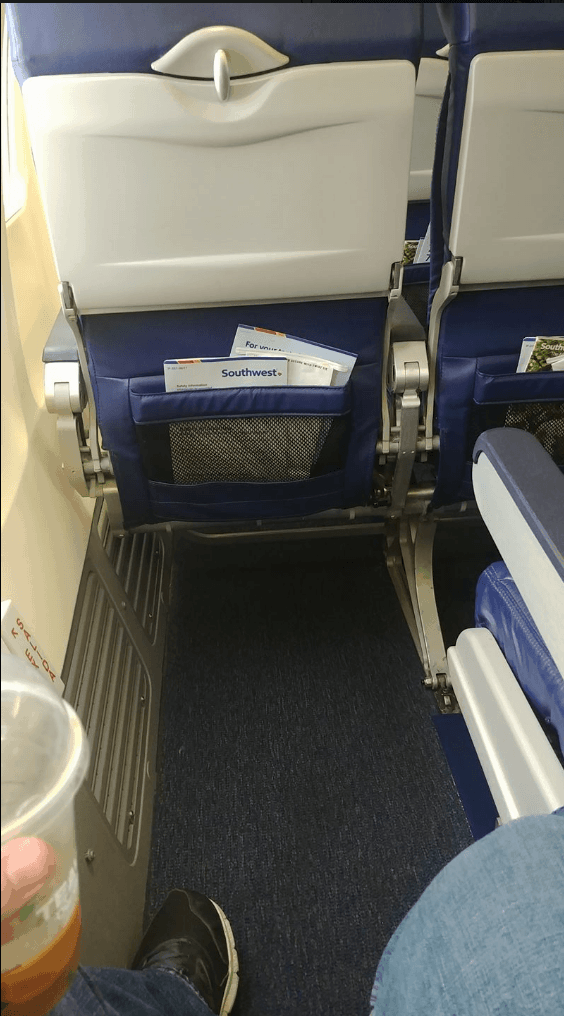 The 20% back on inflight purchases is a nice perk for those that enjoy a delicious inflight Bloody Mary, or need WiFi to stay connected as they travel.

The Southwest Rapid Rewards Priority Card must be used for the purchase of Upgraded Boarding and for inflight purchases for the statement credit or discount to be applied.

Who Should Get This Card?

The Southwest Rapid Reward family of cards are not standouts in the points and miles world.  The card earns 2x points only on Southwest purchases, and 1x points on everything else. The points earned are only redeemable on Southwest, which limits their flexibility.

If you are new to the world of points and miles, there are much better cards to open first. My personal favorite for those getting their feet wet in the game is the Chase Sapphire Preferred!

If you are under 5/24, already have a Chase Sapphire card and are aware of the strategy for earning the beloved Southwest Companion Pass, this is the best Southwest personal credit card currently available.

If you are unfamiliar with the Companion Pass, how to earn it, or how to maximize the pass, read 10xTravel founder, Bryce Conway’s comprehensive overview of the Southwest Companion Pass.

I’m sure you’re going to click the link above and read the best article ever written about the Companion Pass, but for simplicity’s sake, here is my not-quite-so-comprehensive-overview.

Earning the Companion Pass requires flying 100 Southwest flights in a calendar year (January 1st-December 31st) or earning 110,000 Rapid Rewards points in a calendar year. Getting the Companion Pass through flights would likely be difficult if you’re a leisure traveler, so the more popular option is to earn 110,000 Rapid Rewards points.

Once the 110,000 points are accrued, the Companion Pass is earned, and is valid for the rest of the calendar year in which the pass was earned, as well as the next year.

Accruing 110,000 points solely through flying is not an easy task, but you’re able to earn points through credit card spending and bonuses!

The timing on earning the Companion Pass is crucial. You have to earn all 110,000 points in a single calendar year.  Meeting the minimum spends in October 2018 would mean the majority of your points will post in 2018, and you would have to hurry to earn the additional points before the end of the year.

In December 2017, the 10xTravel.com Insiders Facebook group was full of posts and questions about the timing of earning points and bonuses, and I’m happy to say that we had dozens of readers that earned the Companion Pass last year!

I’m sure you are interested in earning the Companion Pass RIGHT NOW, but it’s best to hold off on getting the Southwest Rapid Rewards credit cards.

The year is more than halfway over, but if you wait until November/December to open the cards, you can meet your minimum spend in early January 2019, and earn the companion pass for the rest of 2019 and all of 2020. That would give you almost 2 full years with the pass!

The Southwest Rapid Rewards Priority Card is the best Southwest personal card currently available. The 40,000-point bonus after spending $1,000 in the first three months is on par with the other personal credit cards at the moment, however, the benefits of the Southwest Priority Card are superior to the Plus and Premier versions.

While the Priority card has a higher annual fee than the other personal cards, the $75 annual Southwest travel credit makes the effective annual fee less than or approximately equal to the Premier and Plus credit cards.

When you factor in the reimbursement of 4 Upgraded Boarding purchases each cardmember year, the Southwest Rapid Rewards Priority credit card reigns supreme over the Plus and Premier personal credit cards.

I’m Julie Szpira, 33 years old and currently residing in Chicago. A love of math and science steered me toward an education in Biomedical Engineering, and a love of math and travel brought me to points and miles. My “day job” allows flexible leave and the ability to work comp time. I have made it my mission to spend as much time as possible traveling, while still remaining gainfully employed. Points and miles have made... 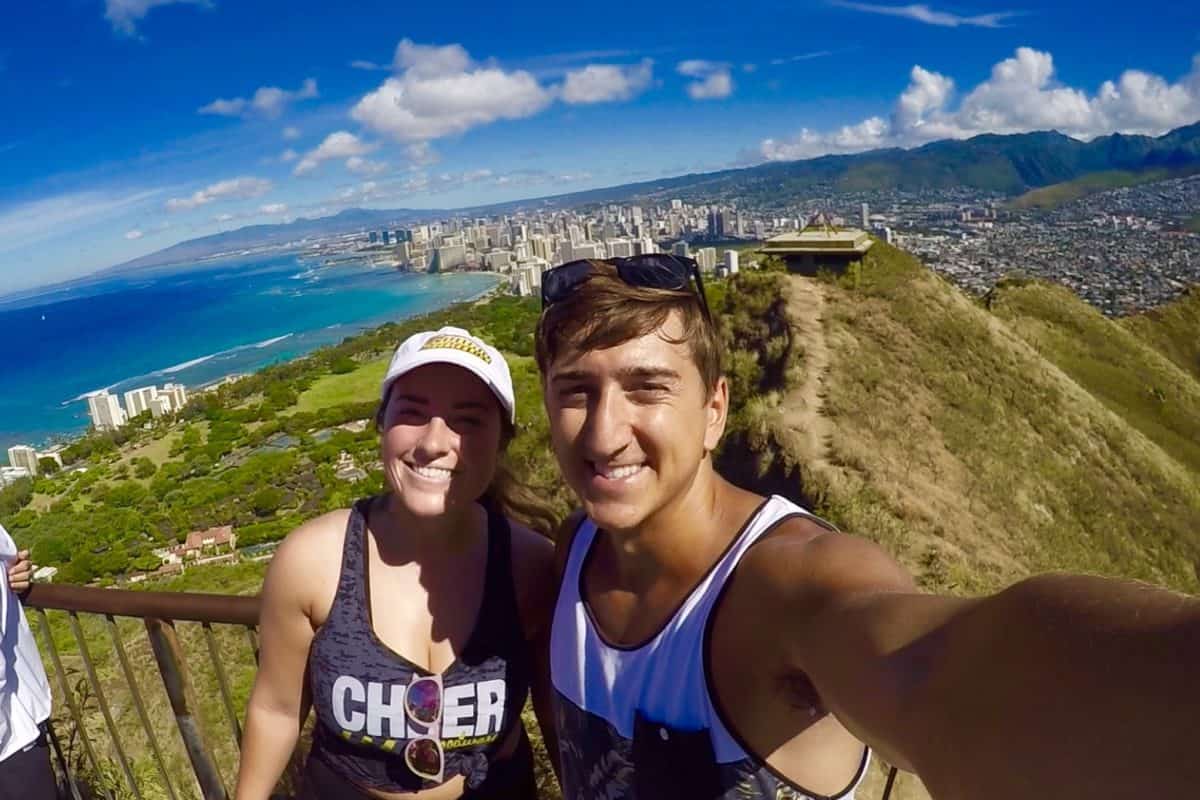 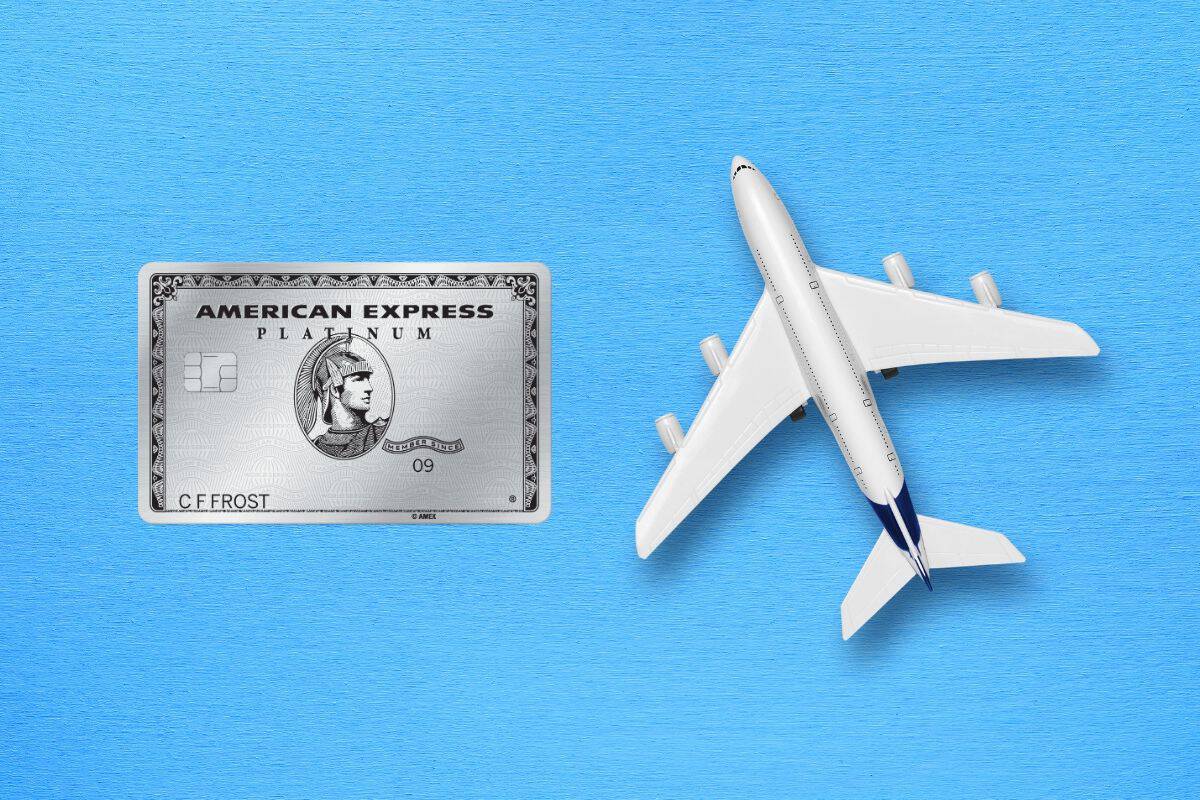 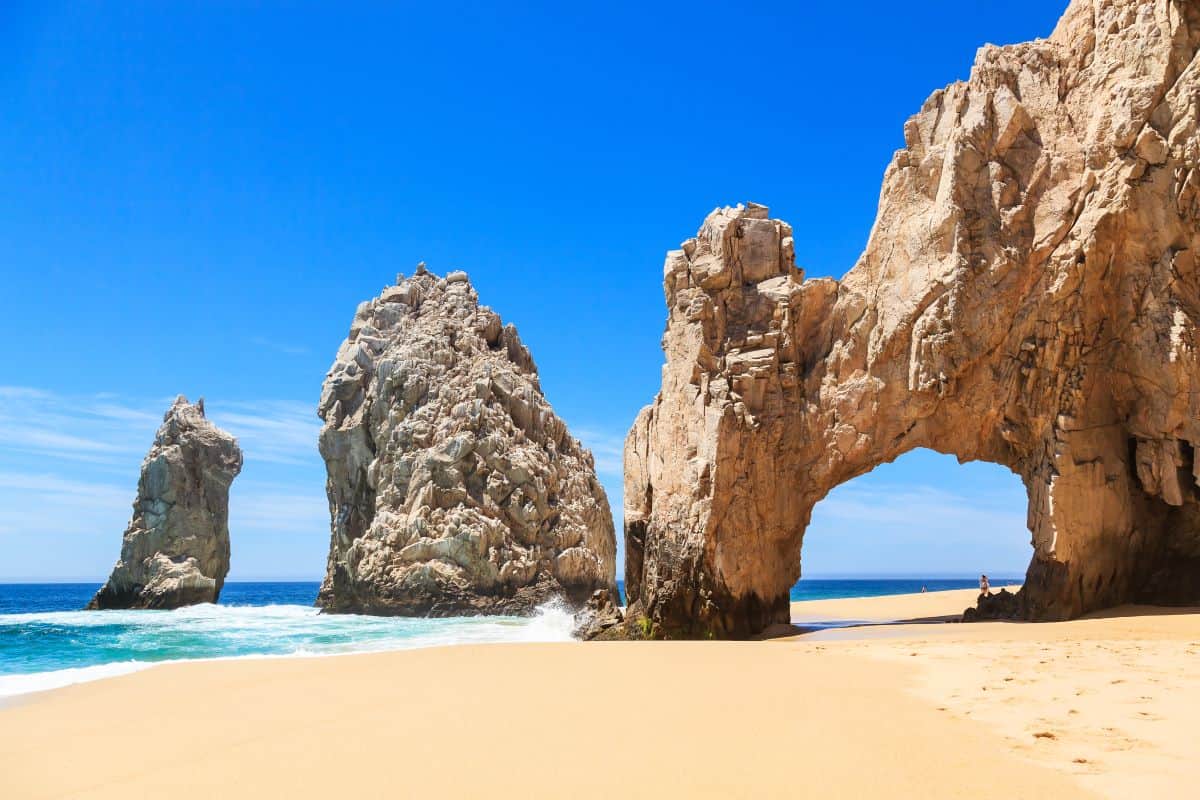 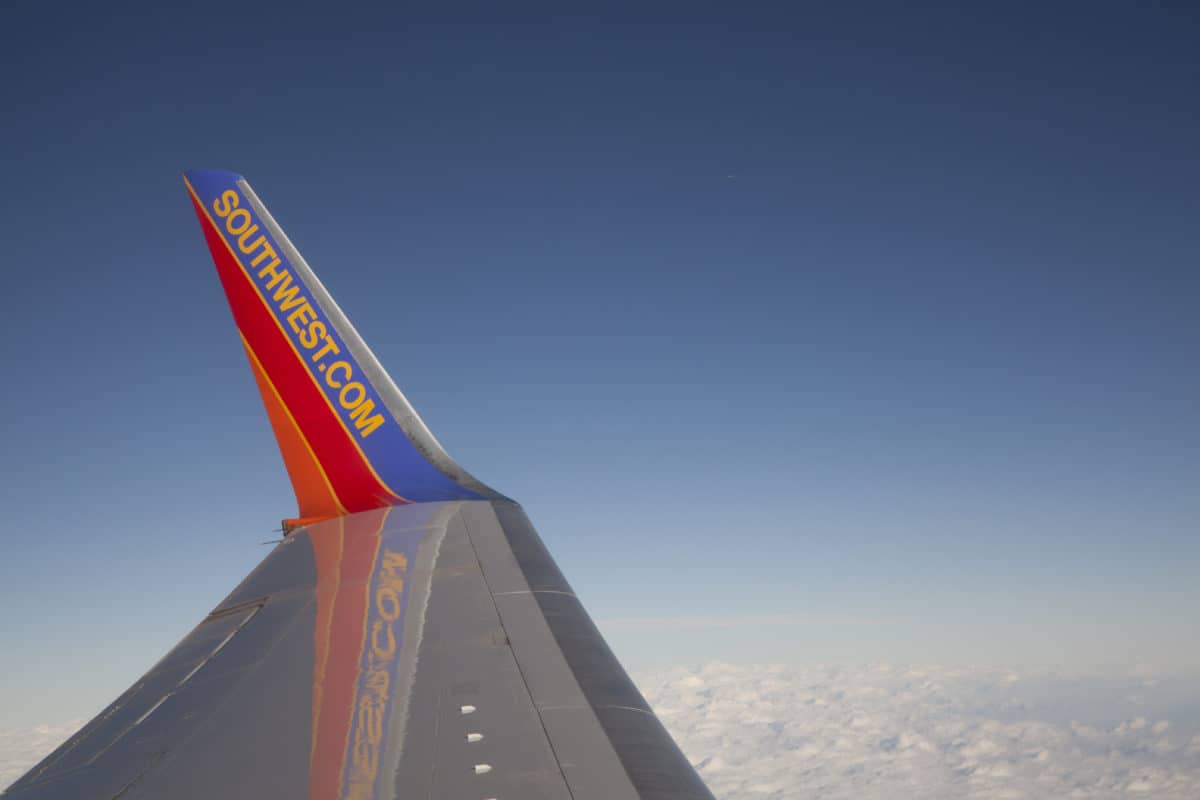