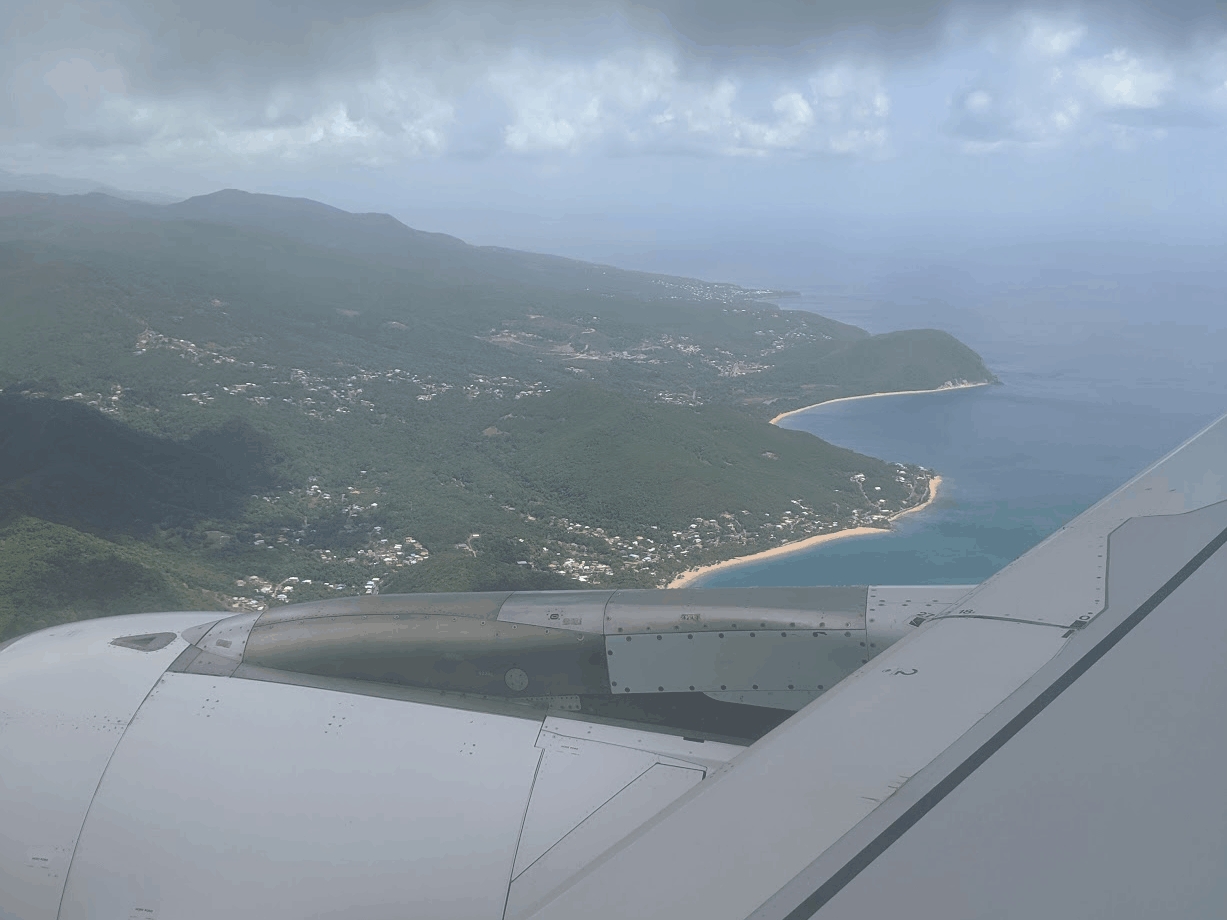 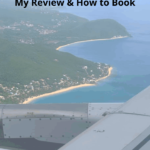 Many of us complain if we have one long layover, let alone three of them. What if I told you that I booked an itinerary that included three layovers…on purpose? If you’re up for a long haul across the Caribbean that allows for a few leg-stretching stops along the way, then the Air France Island Hopper is something that you might want to check out.

Here’s my experience taking the Hopper from Miami (MIA) to Cayenne (CAY). And truthfully, my itinerary had five layovers because I started in Detroit (DTW) with layovers in Atlanta (ATL) and Miami before I even got to the island hopper part!

The Air France Caribbean Island Hopper is one of the most expeditious ways to get from Miami (MIA) to Cayenne (CAY), but even so, it takes about ten hours to complete the journey. This is because the Air France fleet of A320s dedicated to this route make stops in three other French territories on the way: Port Au Prince (PAP), Pointe a Pitre (PTP), and Fort de France (FDF).

To begin, it’s worth noting that before embarking on our Hopper journey, we had flown Delta from Detroit (DTW) to Miami (MIA) and spent the night in Atlanta (ATL) in between. We weren’t exactly bright-eyed and bushy-tailed, but at least we had lounge access at both ATL and MIA to stretch out (or in my case, curl up) and get a little shut-eye before our adventure. 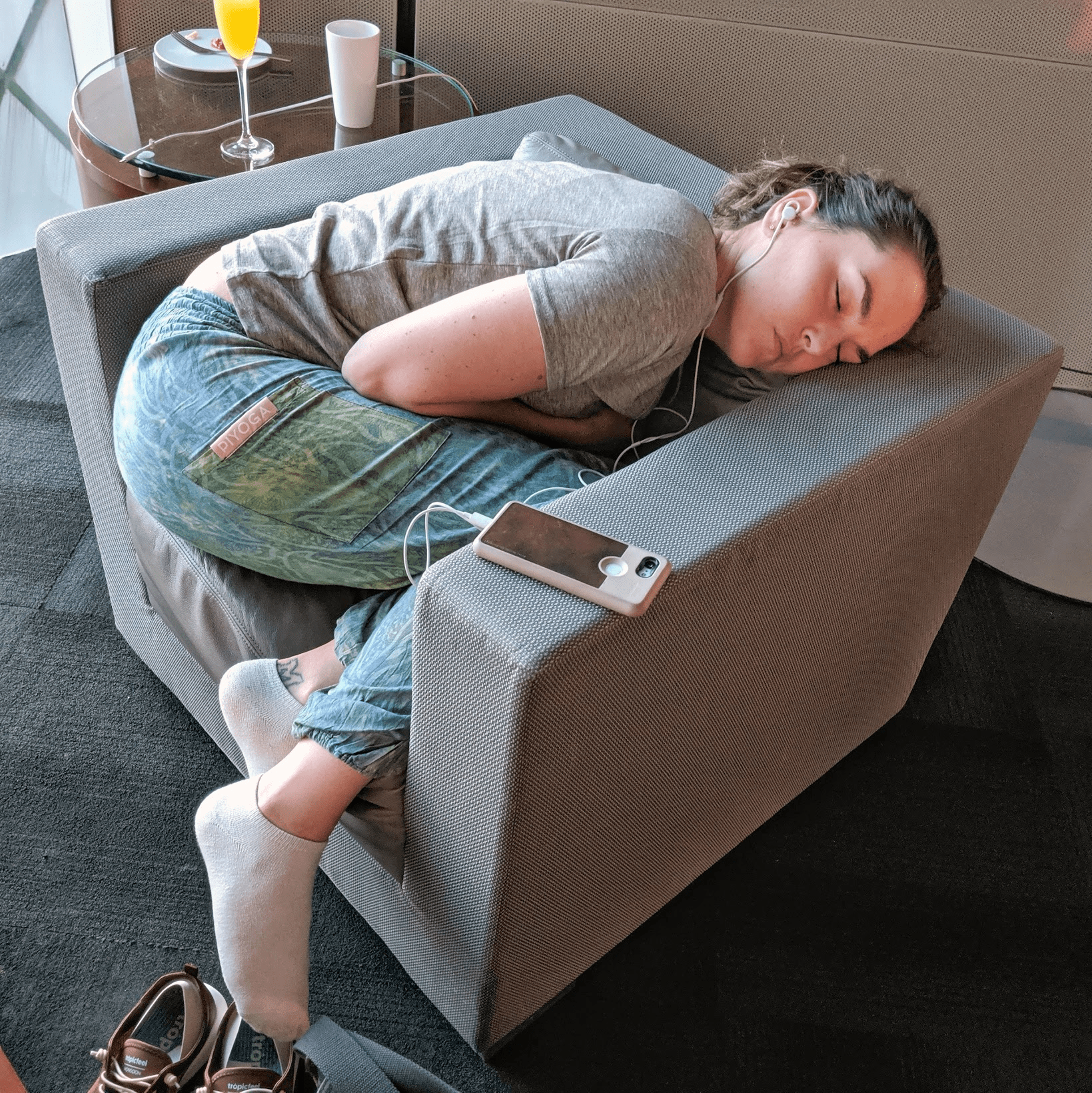 From Miami, we boarded our Air France A320 and settled in for the ride to Port Au Prince. The flight was relatively uneventful (which is a good thing!) and we did disembark at Port Au Prince, but we didn’t have any real time to spend in Haiti. With just around an hour between legs, we were in it for the one-day haul. 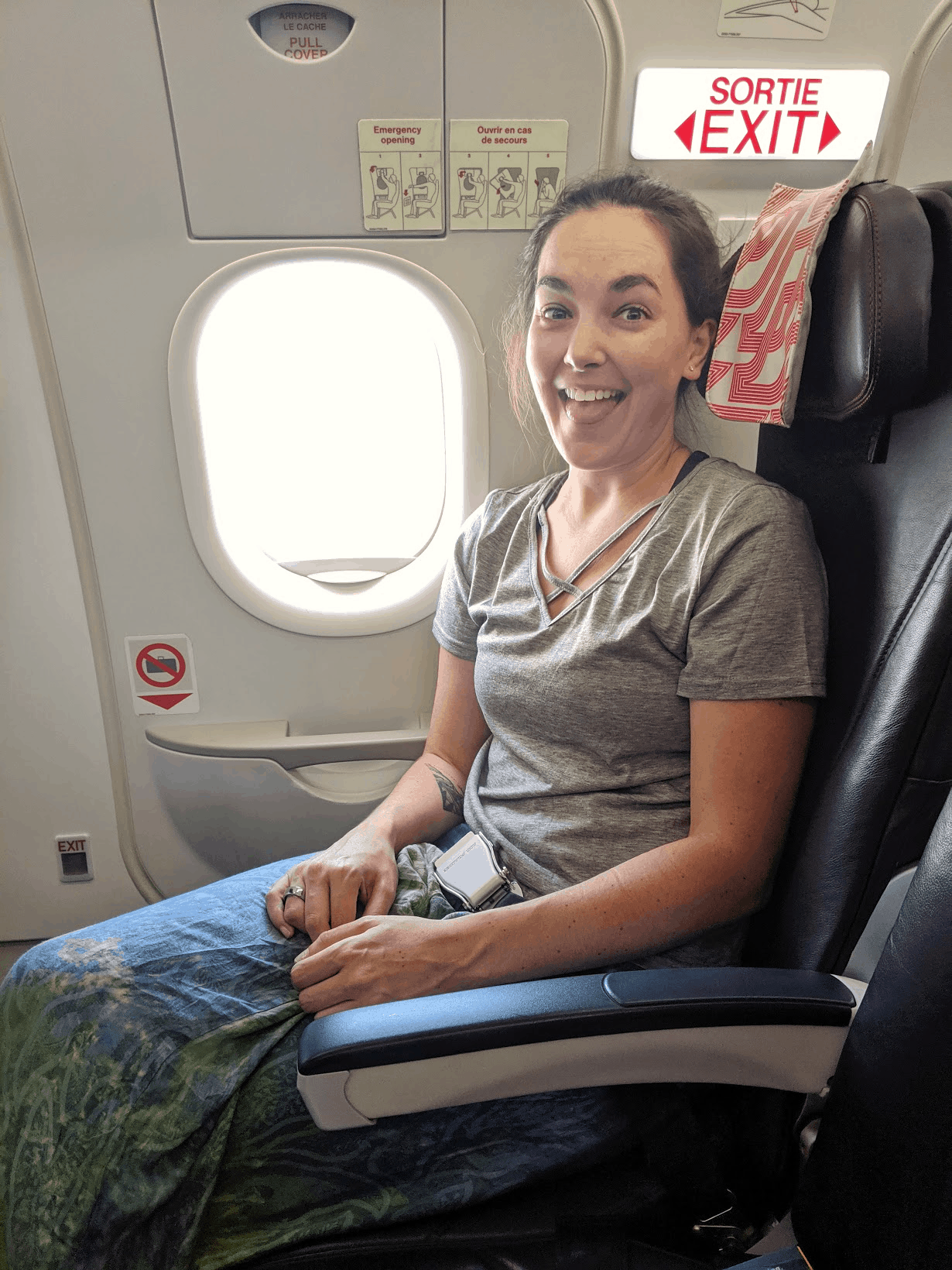 During the first leg, we learned that there weren’t any real snacks available onboard. They had small meals, but nothing to munch on in between. We also learned that while we could buy snacks at the airports in between legs, we had to buy them with Euros. So, with our stash of Euros, we picked up snacks between the subsequent legs in Point a Pitre and Fort de France.

Finally, after about ten hours, we happily landed in Cayenne. 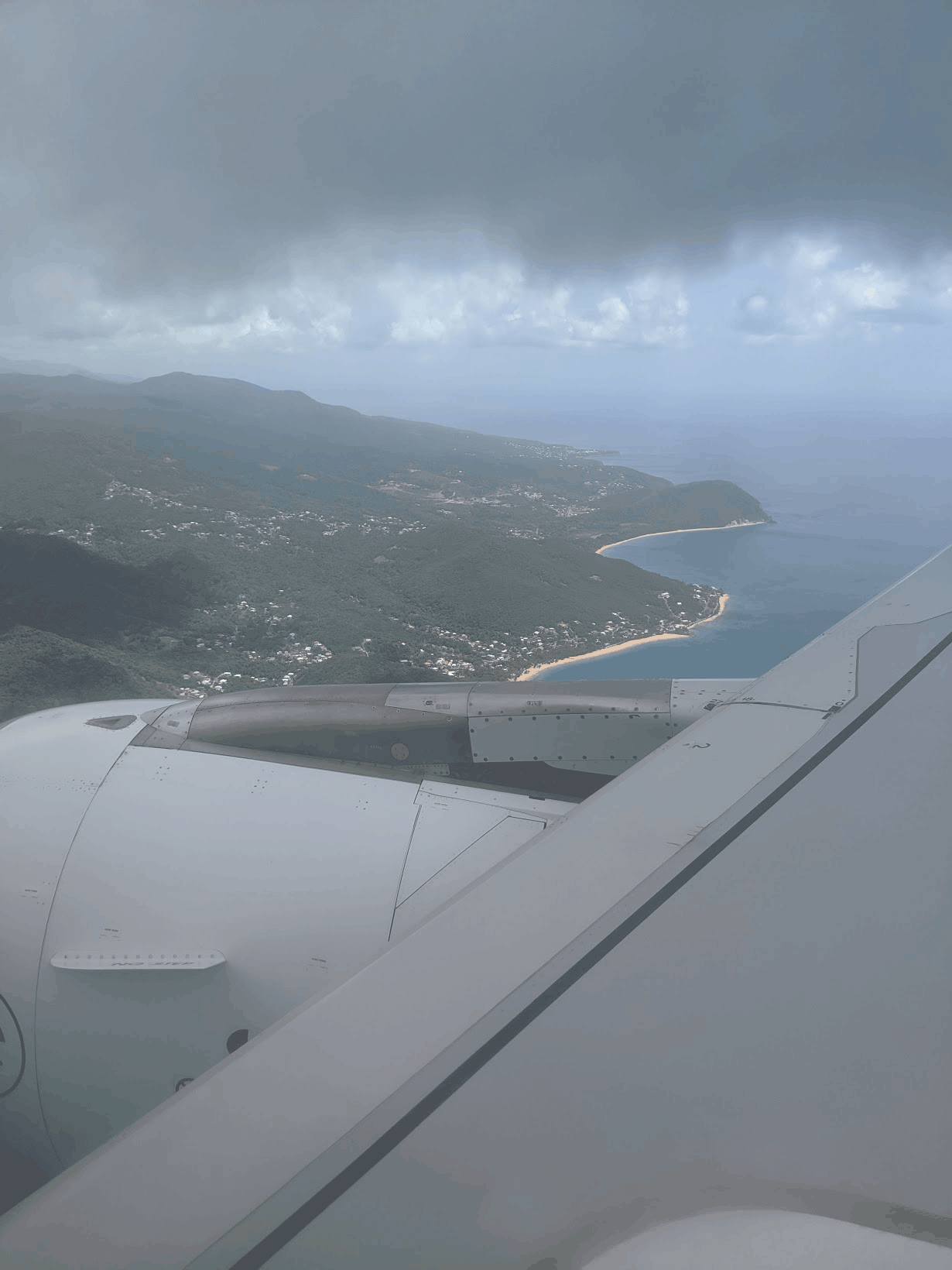 At the end of the day, getting between North America and South America can be nightmarish regardless of how you do it. Crossing latitudes rather than longitudes, you generally don’t have the benefit of a decent-enough time change to stretch or compress how long you’re in the air in terms of relative clock time. Maybe it’s just me, but I usually have more trouble with long North-South routes with small time differences than long East-West routes with significant time differences.

But even though this North-South flight was long and tedious, it felt more like a road trip to me. Granted, it was a road trip where I couldn’t pull over at a travel stop and grab snacks whenever I wanted, but we did technically “pull over” at three different islands for snacks along the way.

To settle the great debate regarding whether this itinerary is a fun idea or a terrible one, I suppose the cop-out answer is the truthful one: it was a little bit of both. Unless you want to maneuver your way through Montreal to get from Miami to French Guiana with Air Canada (uh…what?!) this route is the best and fastest way to go. From Detroit, going through Montreal would have been a bit faster, but also way less interesting.

Plus, for frequent fliers like us, it was somewhat of a bucket-list item. I enjoy the challenge of figuring things out as I go, but also the novelty of taking some of the most creative itineraries out there. The flight was long and a standard A320 isn’t the most comfortable aircraft I’ve ever taken, but I’ve certainly been on worse flights.

I wish we would have had more time to spend on the islands, but I am glad that we at least got to deboard and enjoy a short break from airtime. Overall, I’d recommend this itinerary to anyone who wishes to: a) see a lot of islands during a really short time, b) get from Miami to Cayenne as quickly as possible, or c) cross this route off of their bucket list. Just make sure to pack plenty of your own snacks, and don’t forget your stash of Euros.

How to Book This Flight With Miles

If you want to book this flight with miles, you have a few options. Air France’s own Flying Blue program is usually the best option, even though it has dynamic award rates which means that prices can be a bit all over the place.

Make sure to take a look at all of the available flight options – when award prices are on the higher end, in some cases returning via Paris costs fewer miles than taking the island hopper back to Miami!

You can also use Delta miles to book Air France flights. While Delta also has dynamic award rates, that’s generally reserved for its own flights. However, if you book a flight on a partner such as Air France closer to the departure date, you can expect to see steeper rates. 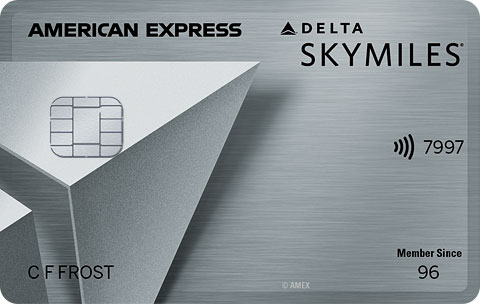 Virgin Atlantic also has a partnership with Air France. However, this flight falls into a bit of a strange hole in the award chart: the distance from Miami to Cayenne is too long to be considered a “short haul” award, but since Florida and French Guiana are both in the same award region, there’s no price on the “long haul” award charts for this route.

These flights don’t show up in Virgin Atlantic’s online search though, so you’ll have to call Virgin Atlantic Flying Club to find out whether it’s possible to book.

Make sure that you also take a look at cash fares to see if using miles is a good deal, or if it would be better to book a paid ticket with credit card points. For example, if a cash ticket costs $760 roundtrip, if you have a Chase Sapphire Reserve card, you can use 50,666 Ultimate Rewards points to book a ticket through the Chase travel portal at 1.5 cents per point – depending on how many miles Air France is charging, using credit card points in this way could be a better deal.

While spending additional hours on a plane might not be everyone’s cup of tea, it is a great way to see more of the world while you’re getting from point A to point B. Especially when it’s possible to redeem miles to save on the cost of a ticket, an island hopper flight is an interesting way to go.

New to the world of points and miles? The Chase Sapphire Preferred is the best card to start with. With a bonus of 100,000 points after $4,000 spend in the first 3 months and 2x points on dining and travel, this card truly cannot be beat! 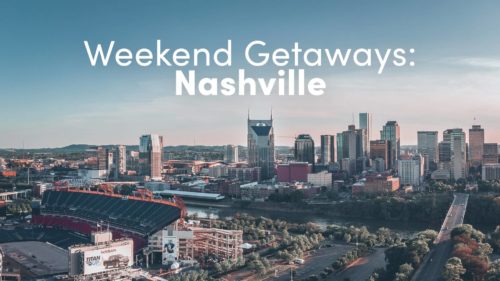 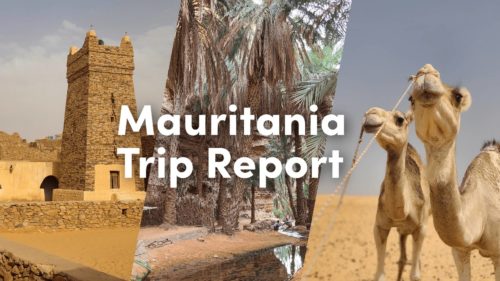 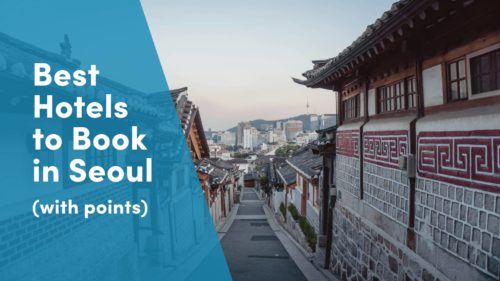 Best Hotels to Book in Seoul With Points