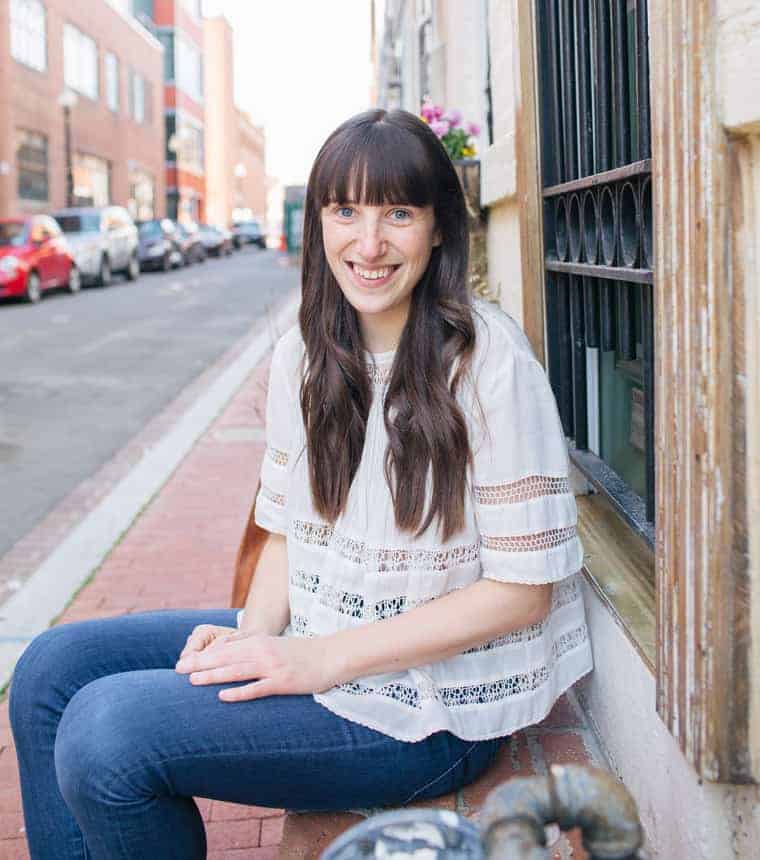 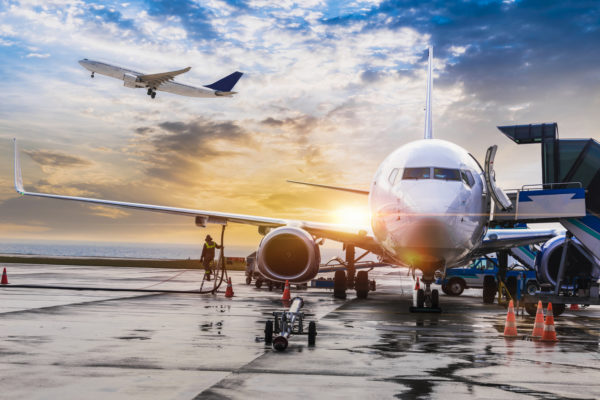 Read on and we’ll break down those differences, going factor by factor to help you figure out which card is the best option for your lifestyle and, ultimately, which card will best help you toward earning those trips you may have your eye on.

You’ll always want to pay attention to the sign-up bonus, as it’s the best way to rack up a ton of points quickly—and depending upon the card, it can fluctuate throughout the year.

The American Express Green Card offers a bonus that ranges from 25,000 to 45,000 Membership Rewards points after you spend between $1,000 to $2,000 on purchases in the first three months of card membership.

It’s a nice stash of points, sure—but as sign-up bonuses go, you could do better. For reference, 30,000 points will get you a one-way international ticket in economy, but plenty of cards offer double that.

Case in point: the Citi Premier Card, which currently boasts an offer for 60,000 points after you spend $4,000 in the first three months of account opening.

Of course, spending $4,000 in three months is not necessarily doable for everyone, and if it’s not in your budget, the Green Card bonus might look a lot more attractive. If you can make it work, though, Citi’s offering is superior in this regard!

American Express has never been one to shy away from a big annual fee, and the Green Card’s fee is no exception. While other issuers have competing cards in the $95 range, Amex has the Green Card priced at $150 per year.

More often than not in the world of points-earning credit cards, a high annual fee is worth its weight in perks and benefits which we’ll get into below. But if strictly comparing the fee against the Premier’s, the Citi card wins, as it’s one of the options with a $95 price tag.

That’s not bad at all for a $150 card, considering that there are $550 options out there with the same earnings rates (cough Chase Sapphire Reserve cough). And until recently, that earnings rate would have been neck-and-neck with the Citi Premier Card.

But beginning August 23rd, Citi plans to offer 3X points per dollar spent on air travel, hotels, gas, restaurants, and supermarkets, as well as 1X point per dollar spent on all other purchases. That’s a whole lot of options for earning 3X points, particularly compared with what the Green Card has going on for a higher fee.

That said, if you’re someone who spends a lot on travel purchases that fall outside of flights, hotels and gas—say, Airbnbs or cruises, to name a couple of examples—the Green Card will definitely come in handy. For many of us though, that 3X at supermarkets is tough to ignore, especially at a time when many people are doing more grocery shopping than ever before.

Now onto the fun part: thinking about how you’ll spend your points. Both the Green Card and the Citi Premier earn transferable points, meaning you can send your earnings to a range of airline and hotel partners, unlocking a world of redemption possibilities. For both cards, the transfer rate is almost always 1:1, but their two programs have differing lists of partner programs.

For that reason, you’ll want to look over the partner list for each before making a decision, keeping an eye out for transfer options that might fit with your travel goals.

The two actually do have a fair bit of overlap: From both programs, you can transfer points to Avianca, Emirates, Etihad, Singapore KrisFlyer, Virgin Atlantic Flying Club, and Air France-KLM Flying Blue.

But they each have their unique draws, too. Citi, for one, partners with Turkish Miles & Smiles, which can be a great way to book Star Alliance awards. Amex, meanwhile, boasts British Airways, known for its distance-based award chart, and Delta, which can score you super low-priced tickets to Europe thanks to its award sales.

Both programs also allow you to use points to book travel through their travel portals, though you’ll only get 1 cent per point in value going that route, which is generally safely below the value you could get by transferring your points.

Other Benefits and Perks

Just because these cards aren’t pushing $600 in the annual fee department doesn’t mean they don’t have plenty of benefits to offer, starting with a lack of foreign transaction fees when used outside the U.S.

On the Amex side, the Green Card comes with a couple of key credits that will help offset that higher annual fee if you can make use of them. The first is a credit of up to $100 per year when you pay for a CLEAR membership with your card, and the second is a $100 credit toward LoungeBuddy, a platform for purchasing lounge access.

Because those credits aren’t necessarily super useful to the majority of people during a pandemic, Amex has also thrown in another, temporary credit: if you use your card on wireless phone services purchased directly through the provider, you can earn $10 back per month in statement credits through the end of 2020.

There’s more to the Green Card than credits, though. It also offers up to $300 per claim of trip-delay insurance for round-trip itineraries paid for entirely with the card, provided your delay is because of a covered reason and lasts more than 12 hours. Baggage insurance of up to $1,250 per carry-on and $500 per checked piece—as well as car rental loss and damage insurance—come along with the card, too.

In the shopping department, Amex offers purchase protection that lasts up to 90 days from the date of your transaction, as well as an extended warranty that can pad the manufacturer’s warranty by up to a year in certain situations.

Meanwhile, Citi, unfortunately, nixed nearly all of its travel and shopping protections back in 2019, so if those features are important to you, the Green Card could be the way to go. On the other hand, if you already have protections, lounge access, and a CLEAR credit from another card or cards, that advantage may be neutralized.

Notably, both cards will also score you access to ticket presales and cardmember-only events, which can come in handy if you’re pursuing sought-after tickets to concerts, sporting events, and more.

Which One Is Right for You?

With bonuses in useful, everyday spending categories and manageable annual fees, both of these cards are worthy of a look, no matter if you’re scoping out your first points-earning credit card or your tenth. But there are a couple of factors that could put you over the edge in one direction or another.

The first major question is how soon you’d like to have a major points infusion. There’s no getting around it: as good as the Green Card’s bonus categories may be, if you need to make a big booking in the near-ish future, the sign-up bonus might not be large enough to get it done. With the Citi Premier Card, on the other hand, you can net 60,000 points quickly, and whatever you earn on top of that through everyday spending in the meantime will be gravy. 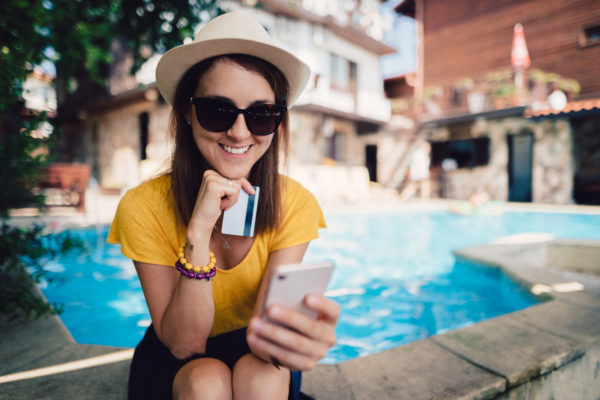 The next is whether you’re looking to diversify your points currencies, which in an ever-changing loyalty field is never a bad idea! If you’re raking in enough Membership Rewards points with other Amex offerings, you may not feel the need to jump at the Green Card. On the other hand, the Premier is a great entry into the ThankYou program, which can open up some useful transfer partner options that you may not already have access to.

Still, there’s no denying that the Green Card is compelling, especially for those who travel often (or are planning to travel often post-pandemic). Having 3x on a broad variety of travel expenses can definitely come in handy, especially at a time when secluded Airbnbs and vacation rentals may feel a little safer than hotels. The Green Card also makes an excellent pick for anyone looking to ditch the Chase Sapphire Reserve after last year’s fee hike from $450 to $550, considering its identical earnings structure.

When you’re talking about two credit cards with broad earning capabilities in transferable points programs, there’s really no bad option; credits and other perks aside, it’s not hard to get hundreds of dollars’ worth of value from either of these picks. When making your choice, consider what place the card will hold among others in your wallet, whether you want to double down on a specific points program or diversify, and how soon you’ll be looking to make a redemption.

The daughter of a million miler, Carly was born into the points and miles hobby and has been amassing frequent flier miles since the age of 2. It wasn’t until much more recently that she learned to use them, but she hasn’t slowed down since, visiting all 50 U.S. states and all seven continents while working remotely as a financial journalist. As much as she loves international travel, Carly is even more passionate about domestic U.S.... 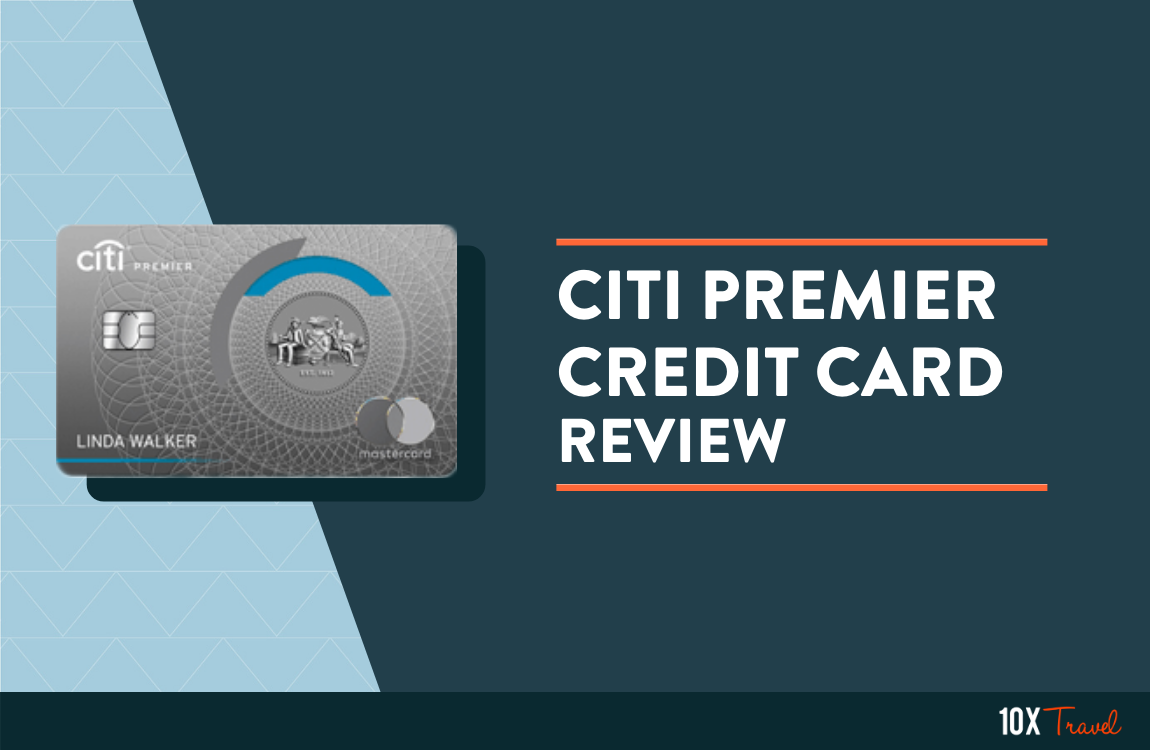 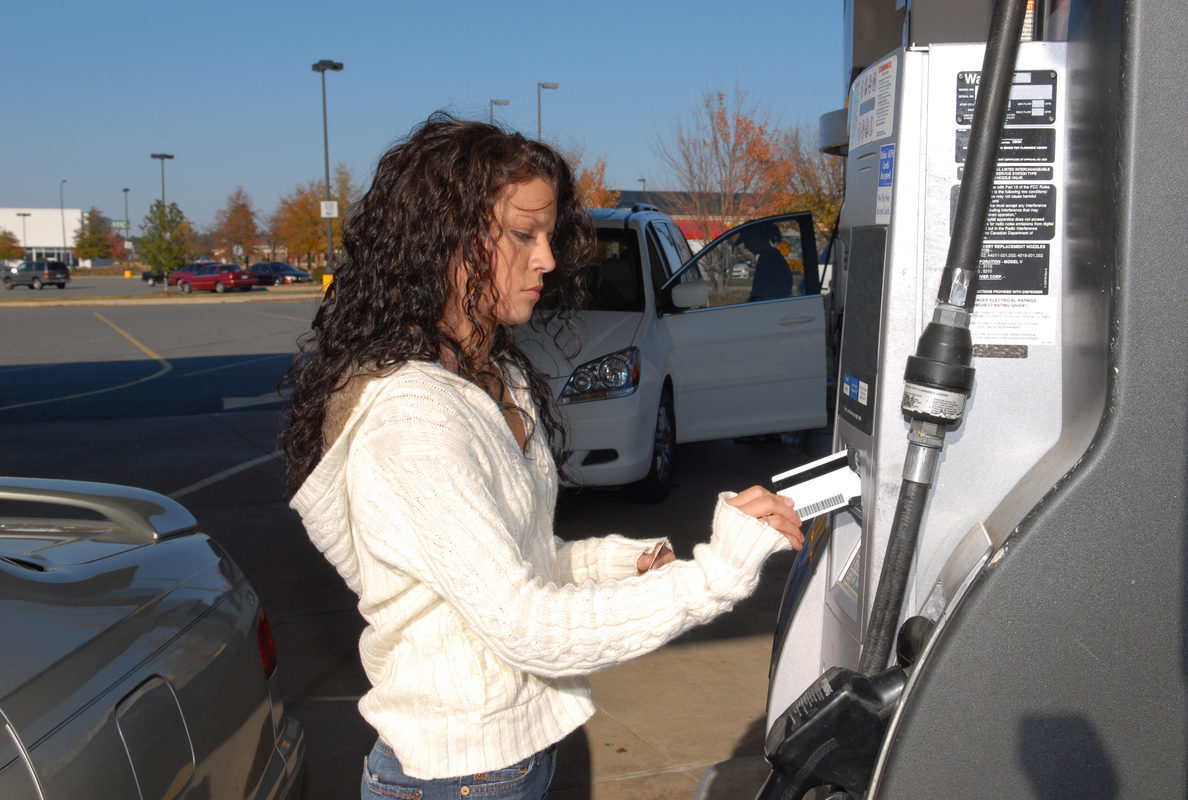 What You Should Know About Citi Premier Credit Card 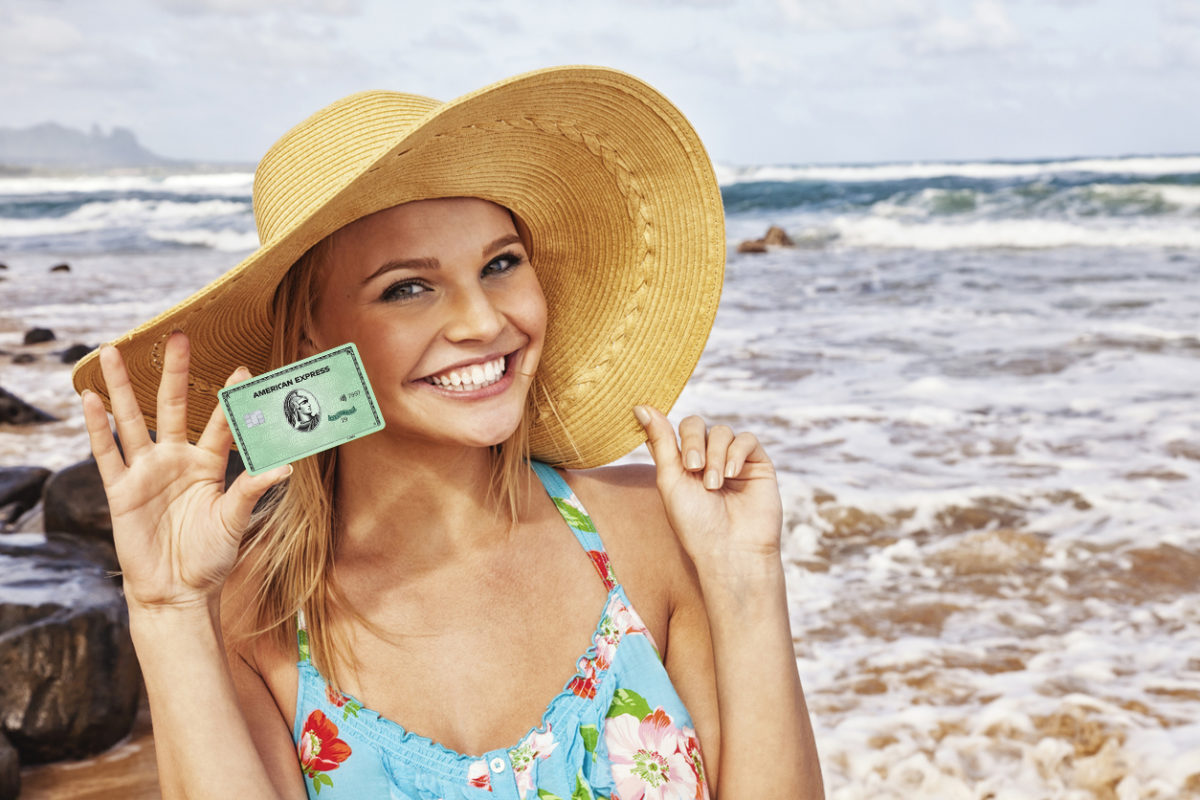 Is Amex Green the Right Travel Credit Card Rewards for You? 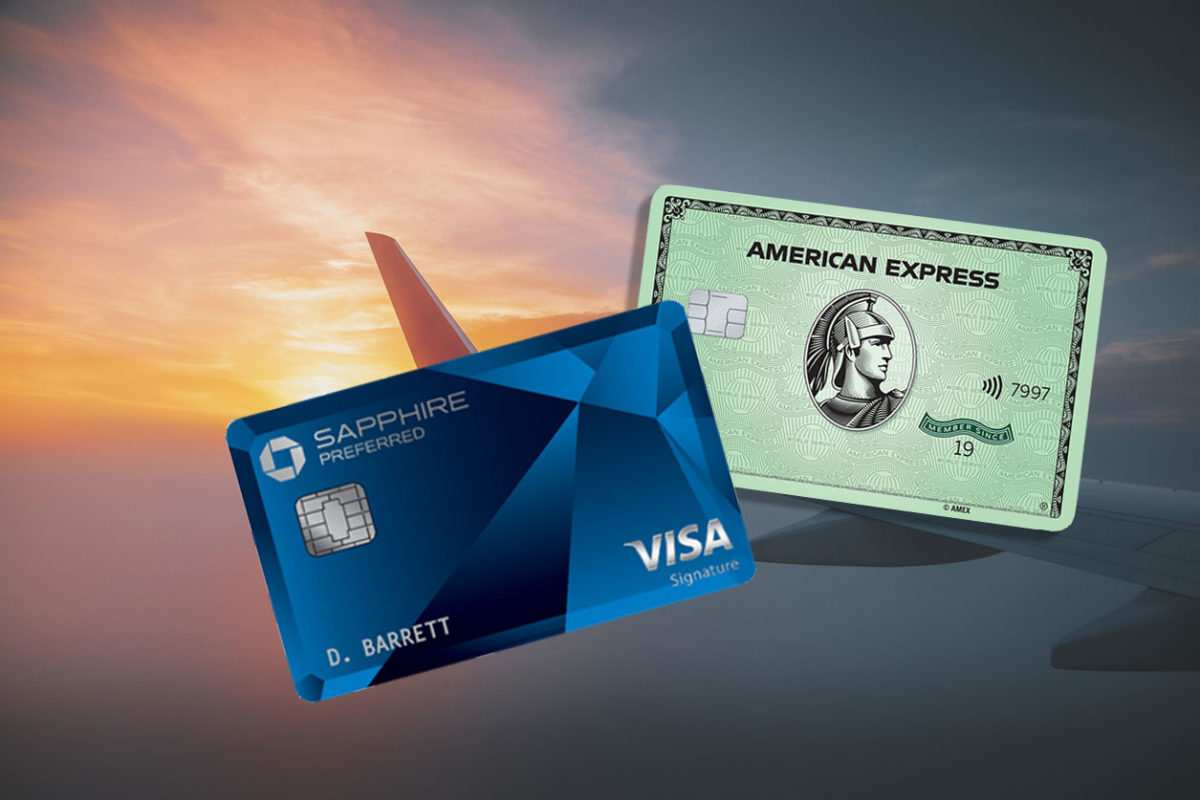