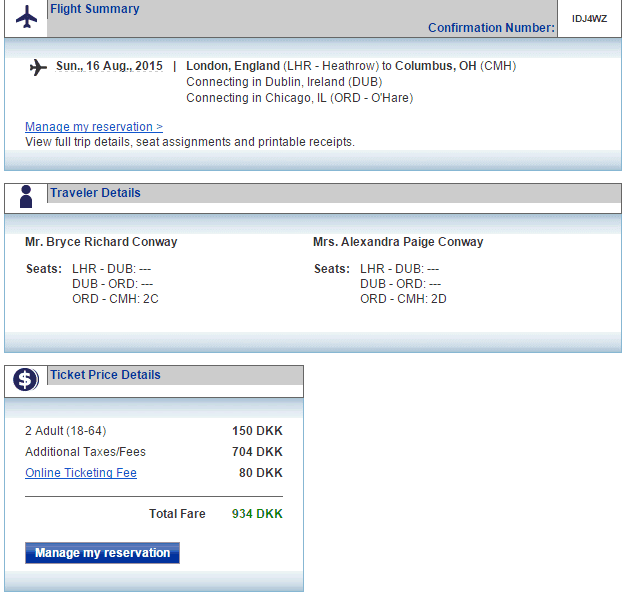 Yesterday was one of the biggest first-world-problem letdown days of my life.

The day began with me booking a $20,000 first-class itinerary for $142 (which would have only been my second best booking of 2015), continued with the news that House of Cards had released their 3rd season early, and ended with both of those things being taken away from me.

I realize that these are small problems in the grand scheme of life, but I would be lying to you if I said I wasn’t bummed for a couple hours yesterday.

The ridiculous flight booking was the result of what is called a “mistake fare”, which is a relatively common occurrence in the airline industry.

Mistake fares are exactly what their name implies; an airline fare that is so cheap it is obviously a mistake on the part of an airline.

They are usually the result of some sort of glitch in an airline’s pricing system and are only available for a few minutes. Yesterday’s mistake fare was the result of a currency exchange glitch on United’s website between Danish Krones and US Dollars.

Turns out if you picked Denmark as your home country and searched for a one-way flight from London Heathrow to any US airport you would find options for as little as $50, even in first class.

Here’s my flight confirmation for 2 first-class tickets from London to CMH.

And here is the currency conversion.

Airlines typically reserve the right to cancel any itineraries that they deem to be “erroneous”, which happens maybe 50% of the time with mistake fares.

Unfortunately, yesterday was one of those times.

“United is voiding the bookings of several thousand individuals who were attempting to take advantage of an error a third-party software provider made when it applied an incorrect currency exchange rate, despite United having properly filed its fares. Most of these bookings were for travel originating in the United Kingdom, and the level of bookings made with Danish Kroner as the local currency was significantly higher than normal during the limited period that customers made these bookings.”

And here is what I found when I attempted to retrieve my reservation.

Like Frank Underwood, I’ll have to wait patiently for my next opportunity to strike.

P.S. I’m headed to Amsterdam for the weekend. Feel free to share ideas for things to do, places to see, etc. I read every email I receive.