Australia (MEL) to Michigan (DTW): A 4-Flight Journey in Business Class
Best Ways To Fly To Australia and New Zealand Using Points/Miles
Reader Success Story – Family Trips to Australia, Florida, and Canada for Next to Nothing 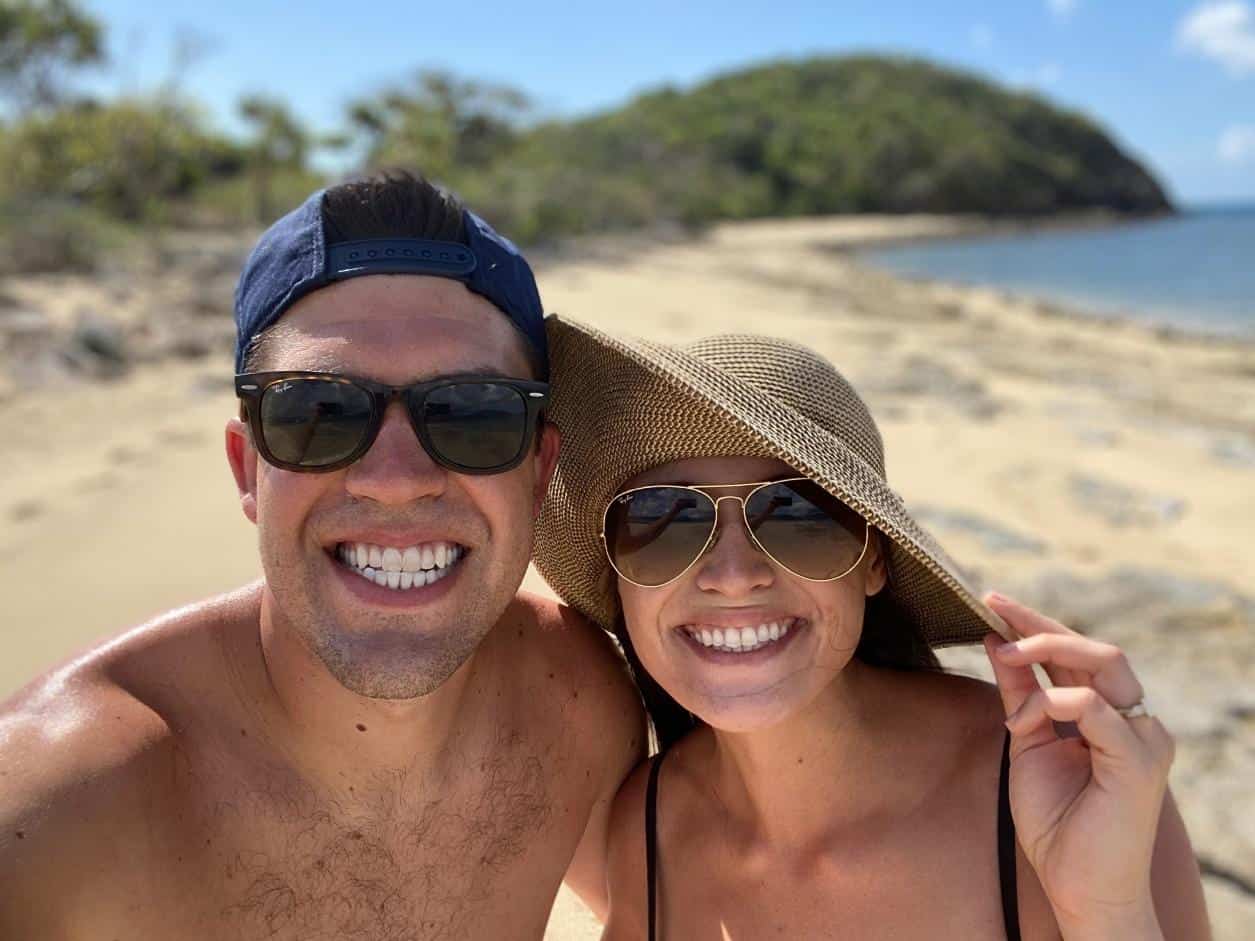 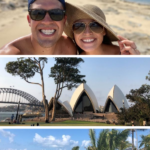 With plenty of time at home while sheltering in place during the COVID-19 outbreak, I figured it was time to finally write about our two-week trip to Australia my wife and I took in January.

We departed on December 30 and arrived in Sydney on January 1, meaning we rang in 2020 while in the air. We thought about arriving in Sydney a day earlier, but the hotel prices were outrageous and award availability was nowhere to be seen.

Neither of us are big New Year’s people so we were fine with that – it didn’t hurt that we’d be flying in lie-flat business class seats.

Here’s how we booked it!

After reaching Premier 1K status with United Airlines in December 2018, I received six Global Premier Upgrades (GPUs). My wife, Laura, and I hoped to use these one-way, systemwide upgrades on our honeymoon to Bora Bora.

Our wedding wasn’t until Sept. 21, 2019, and due to my work schedule and Laura’s academic schedule (she is currently a full-time Ph.D. student), we could only travel at length in January or May. Since January is rainy season in Bora Bora, we decided to plan that trip for May. This left us with a fun dilemma: figuring out where to use the GPUs.

I wanted to get the best bang for our buck, so I looked into destinations far away that offered Polaris Business class flights.

One more hurdle: Laura needed some convincing! Her main concern was that traveling to Australia could result in nixing our honeymoon plans. She jokingly asked me to create a “20-slide PowerPoint” to convince her and illustrate how we can afford both Australia and our honeymoon. I delivered, with a Finding Nemo reference for good measure.

What began as somewhat of a joke turned into an unforgettable two-week trip to Australia that could have cost us $45,500.24. Instead, it cost just $454.90 in travel expenses. Without the help of the good folks at 10xTravel and the 10xTravel Facebook community, this wouldn’t have been possible.

A bit of background on the flights: They would’ve cost us a lot more had it not been for some good fortune in December 2018. While traveling over the holidays, we scored $1,000 in United vouchers on the way to Minnesota, then another $1,500 on the way back to California. This left us with $2,500 in new United vouchers to go with $450 I already had thanks to a couple of delays while traveling for work.

We originally booked Los Angeles (LAX) to Sydney (SYD) and Melbourne (MEL) to LAX because there was instant upgrade availability for these long-haul flights, and we weren’t sure where we would be living by January 2020 – Laura was awaiting acceptance into her Ph.D. program at the time. For whatever reason, it was cheaper to book two separate one-ways rather than a multi-city ticket.

The LAX-SYD flight was covered entirely by our United vouchers and we were able to upgrade with my GPUs at the time of booking. These flights would’ve cost $10,625.40 paid per person, as we were booking one-way tickets during the holiday season.

Editor’s note: Part of the reason these flights would have been so expensive is that we were booking one-way cash tickets. Round-trip cash tickets on international routes can often be cheaper than two one-ways.

While we initially booked a flight from MEL to LAX, Laura was accepted into a Ph.D. program in Minnesota. Fortunately, United made a schedule change which allowed us to make a change to our booking at no cost so we canceled and booked (cheaper) flights to Minneapolis (MSP).

By the time I rebooked these flights, I had accrued another $675 in United vouchers, which left us with just $754.90 to cover for the flights. At the end of the day, we booked a Qantas flight from MEL to SYD in economy. We then booked SYD to San Francisco (SFO) and were able to upgrade to business class with 40 PlusPoints per person.

Editor’s Note: United changed its upgrade program from GPUs to PlusPoints between the time Ryan booked each of these flights.

With only ~$750 left to cover on the flights, I paid with my Chase Sapphire Reserve which reimbursed $300 of that via the annual travel credit. That brought our out of pocket expenses down to just $454.90. These one-way flights would’ve cost $6,733 per person at the time of booking.

It also should be noted that the Polaris Lounge at LAX was spectacular! Unfortunately, we didn’t have a chance to see the lounge at SFO on the way home.

Once in Australia, we used 41,086 Chase points to book our flights from SYD to Hamilton Island (HTI) and then HTI to MEL which saved us $616.30 out of pocket. By booking with points via the Chase travel portal, we minimized out-of-pocket expenses on flights so we could have a little extra cash during our visit.

How I Booked Our Hotels In Australia

I actually made hotel reservations before booking flights, which feels a bit backward. With Laura’s academic schedule and our holiday plans already determined, we were able to decide on travel dates a year out.

In Sydney, we stayed at the Marriott Sydney Harbour at Circular Quay. I would highly recommend this hotel, primarily because of the location. I had about roughly 70,000 Marriott points from previous work travel, but four nights was going to cost 140,000 points.

At that time, I learned about Marriott’s “fifth-night free” feature, so we tacked on an extra night in Sydney. We used Points Advance to make the reservation, then earned the rest of the points needed through the Marriott Bonvoy Business™ American Express® Card. 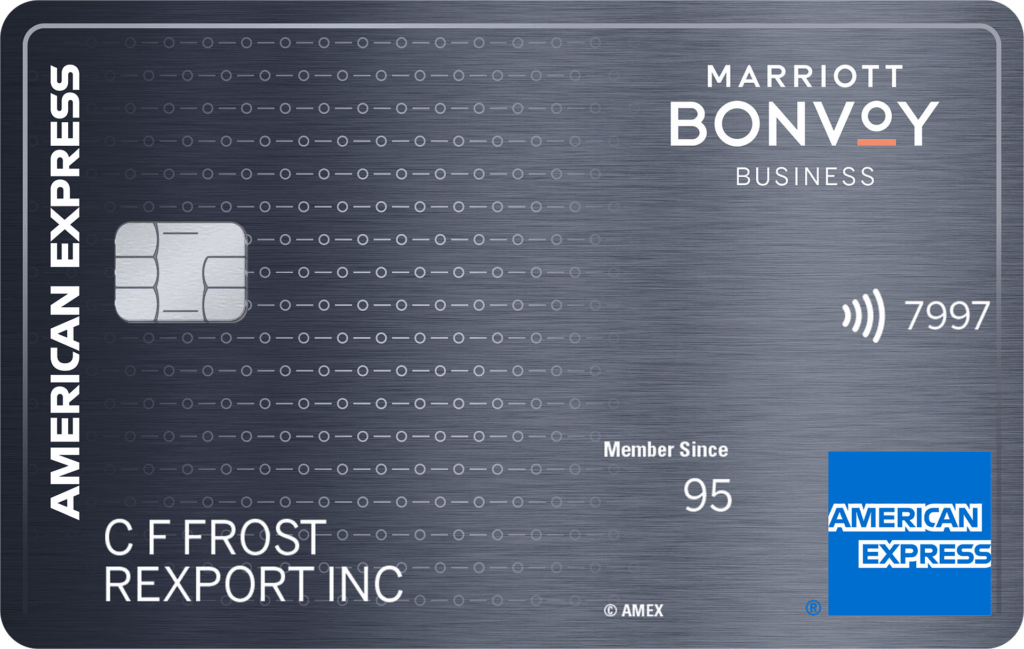 I stayed frequently at Marriott hotels for work in 2019, allowing me to reach Platinum Elite status. This came with an Annual Choice Benefit, and I selected five Suite Night Awards. I was able to apply the Suite Night Awards to our booking which scored us an upgrade to the Opera House View King Suite.

The rate for this room was 1,156 AUD at the time of our stay during the high season. Including Australia’s goods and services tax (GST), our savings totaled $4,450.60.

The Intercontinental Hayman Island is a beautiful property.

After Sydney, we spent four nights at the newly renovated Intercontinental Hayman Island, located in the Great Barrier Reef area. The resort is the only thing on the island, so it’s definitely exclusive and the grounds are well-maintained.

I booked a four-night award stay but only needed the points for three nights as my IHG Rewards Club Premier Credit Card comes with a fourth-night free perk when booking with points. 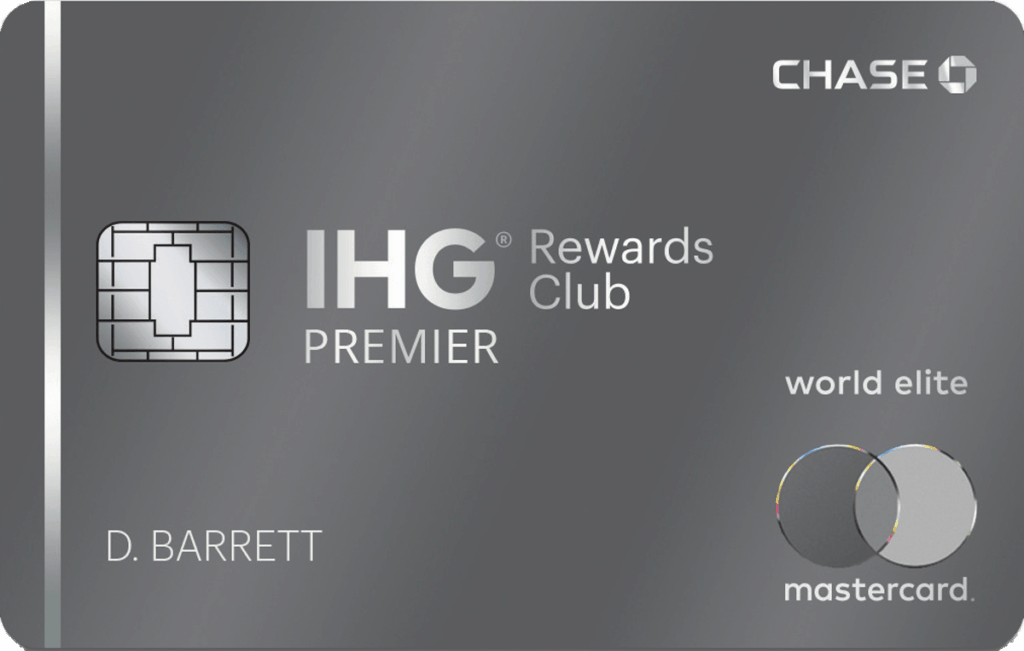 My Spire Ambassador status earned us an upgrade to a Lagoon Ocean View King Room, which was immaculate and very high-tech – the room was entirely controlled by an iPad. No detail was overlooked in the room, and the view was spectacular. The room was going for 1,472 AUD per night, so the stay would’ve cost $4,452.14 including GST.

At our last stop, we opted for the Sheraton Melbourne. I had originally planned to stay four nights and had initially booked a Holiday Inn. But we thought, what the heck, we’re going all the way to Australia… what’s another night?! I had earned enough points thanks to my work travel for a five-night stay – again, using the fifth-night free perk.

We were again pleasantly surprised by an upgrade, this time to a Deluxe City View King Room. The stay cost 120,000 Marriott Bonvoy points but would’ve cost about $1,265 including GST – or about 335 AUD a night.

Upon returning from Australia, several people have said something along the lines of, “Wow, business class flights and two weeks of high-end hotels! That’s a once-in-a-lifetime trip!” With some planning and strategy, we hope to take many more trips like this throughout our lives. South Africa is already in the works for 2021! Hopefully, COVID-19 is under control by then.

The best part about booking our flights and hotels nearly entirely on points and miles is that it enabled us to splurge on activities, restaurants, and drinks that otherwise would’ve been outside of our budget.

We definitely plan to return to Australia sometime! We’re thankful we were able to spend two full weeks there, but we know there is so, so much more to see. 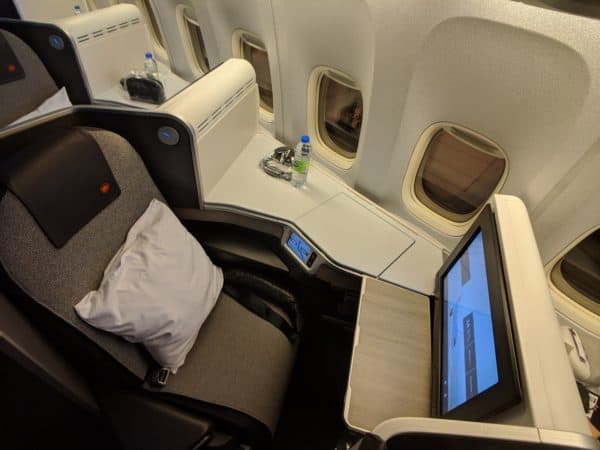 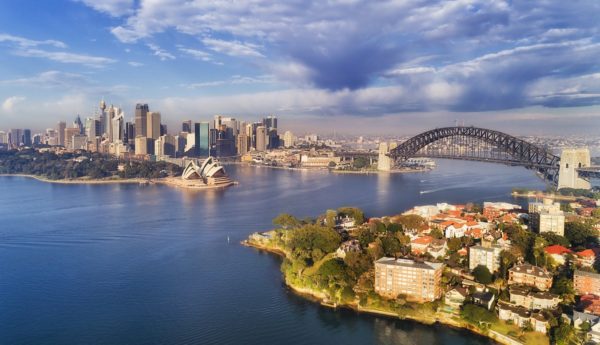 Reader Success Story – Family Trips to Australia, Florida, and Canada for Next to Nothing