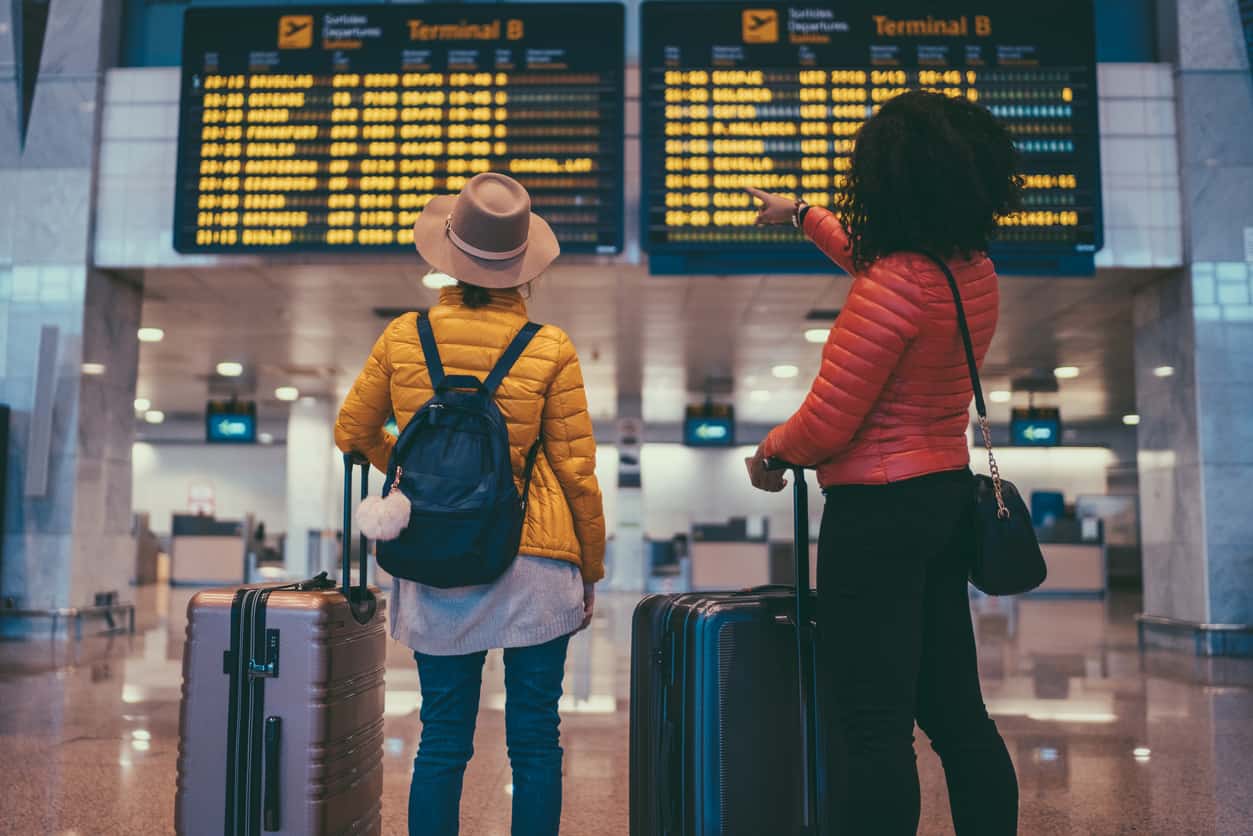 If you’re a frequent traveler, it’s pretty likely that you’ve seen some targeted advertisements on your social media regarding reimbursements for delayed or canceled flights within the EU. If it seems a bit too good to be true, fear not; these ads are actually referring to a real European Union regulation called EU261.

The bottom line is this: EU261 allows passengers on disrupted flights to claim up to 600 euros in compensation from the airline. However, certain caveats apply and receiving that compensation is not always as simple as just filing a claim.

It’s important to note that this is an EU regulation so it covers the EU airspace but includes non-EU nations like Iceland, Norway, and Switzerland as well as other areas such as these worthy destinations:

Also, as long as your itinerary either begins or ends in the EU airspace, it’s possible to be covered depending on whether or not you are flying with an EU carrier.

Here are the situations which are covered by EU261:

Here are situations that are not covered by EU261:

Let’s run through a few examples so you can see the practical application.

Suppose you’re flying from Barcelona to Berlin. That itinerary would be eligible for coverage no matter what airline you fly because this would be travel within the EU.

If you’re traveling from Reykjavík to Toronto, your flight would also be eligible for coverage regardless of the carrier because you’d be departing from an EU area.

Finally, if you’re flying from Abu Dhabi to Bangkok, your travel doesn’t touch the EU and will not be eligible for coverage.

Now that we’ve gone through the types of itineraries that are eligible for coverage, let’s talk about the different types of compensation. As the regulation is written, passengers are eligible for up to 600 euros in compensation but that doesn’t mean every situation warrants a 600 euro payout.

The magnitude of the payout depends on the distance of the flight, whether the flight was delayed or canceled, how much of a delay there was, and how far in advance passengers were notified of any cancellation. So, let’s break that down by first talking about flight delays. 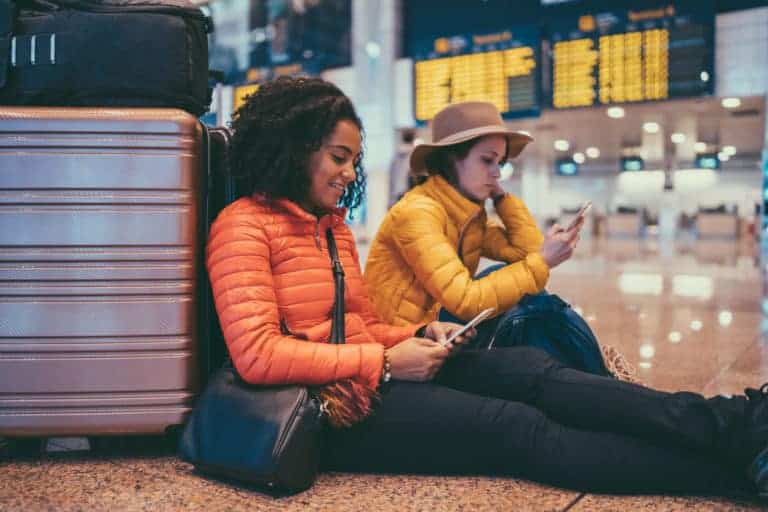 Claim compensation for your flight delay or cancellation

If you are notified of the cancellation within 7 days prior to boarding and you are rebooked on a flight that departs 1 hour earlier and arrives at least 2 hours later than before, you may also be entitled to compensation. 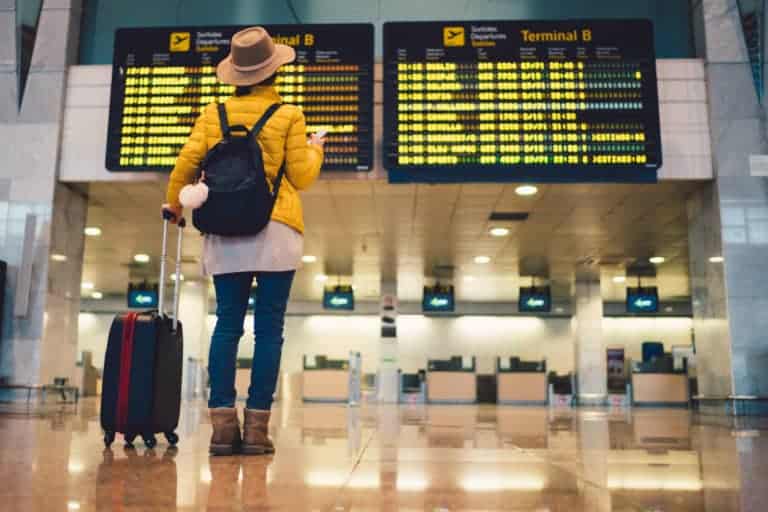 Additionally, you can claim compensation if you are denied boarding in the case of overbooking and you have not voluntarily given up your seat in exchange for another type of compensation. For that, the compensation structure is the same as it is for flight delays.

Are You Entitled To Compensation?

If you’re wondering whether you’re entitled to compensation or you’d just like to file a claim, AirHelp can make this an easy process. AirHelp walks you through each step of your claim so that you aren’t delayed because of simple mistakes.

As a first step, you can check whether or not you’re entitled to compensation and then submit your claim if you are. Then, AirHelp manages your claim, updates you along the way, and sends you your money directly when your claim is approved.

Julie has previously written about how she prefers do manage claims on her own, but I have found AirHelp to be helpful, especially in cases when the airline is being stubborn — in my experience, they almost always are — or something overly complicated was going on.

My Experience With EU261 And AirHelp

In the past year, I’ve submitted two claims through AirHelp. Let me tell you a little more about each one and what the outcome ended up being.

First, my mom flew from Palma Mallorca, Spain (PMI) to Detroit, Michigan (DTW) with connections in London (LHR) and Philadelphia (PHL). Her flight from PMI to LHR was with Iberia and on time but her flight from LHR to PHL with American Airlines was delayed and caused her to miss her connection in PHL and arrive back in Detroit the day after she was supposed to.

According to EU261 regulations, this flight qualified her for compensation, but American Airlines would not pay out. AirHelp ultimately ended up taking them to court (and taking an extra 25% of the compensation), but I probably would not have been able to get the compensation on my own in this case and even if I had been able to, it would have taken me many hours. It was worth it, in this case, to give up about $330 (25% service fee + 25% legal action fee) in order to get about $330.

Around the same time, I had flights from Dublin (DUB) to Oran, Algeria (ORN) via London (LHR) and Madrid (MAD). My first flight from DUB to LHR was delayed, and I missed my connection to MAD. Unfortunately, the flight from Madrid to Oran only operates once or twice per week, so there was no way I was going to get there in a reasonable amount of time.

My best option was to spend the night in London and transfer to London Gatwick (LGW) for their daily flight to Algiers, Algeria (ALG) the following day and after spending the night in Algiers, take the train to Oran.

Unfortunately, even going through AirHelp wasn’t very helpful in this case. They determined that “the situation was caused by air traffic control issues” and in these cases, EU 261 compensation rules don’t apply. Luckily I had booked the flights with my Chase Sapphire Reserve® and was able to claim all of my additional expenses as part of their trip delay coverage.

EU261 is great for passengers. It holds the airlines accountable and will help cover expenses in the case of delayed or canceled flights or in the case of being denied boarding. Unfortunately, getting the airlines to actually pay out said compensation can be a challenge, but that’s where services like AirHelp can come to the rescue. Whether you try to get the compensation on your own or use AirHelp (or another similar service), make sure you get the compensation you are entitled to by EU261 if you have a delayed or canceled flight or a denied boarding situation.

Manage Cookie Consent
To provide the best experiences, we use technologies like cookies to store and/or access device information. Consenting to these technologies will allow us to process data such as browsing behavior or unique IDs on this site. Not consenting or withdrawing consent, may adversely affect certain features and functions.
Manage options Manage third parties Manage vendors Read more about these purposes
View preferences
{title} {title} {title}