I just got back from a quick weekend trip to sunny San Diego, California that featured a 2-night stay at the historic Hotel del Coronado. Though I — and seemingly every other tourist in San Diego — have been to the Hotel del Coronado before, I’d never actually stayed there. I simply walked along the beach and took the obligatory touristy photo with the domed roof. 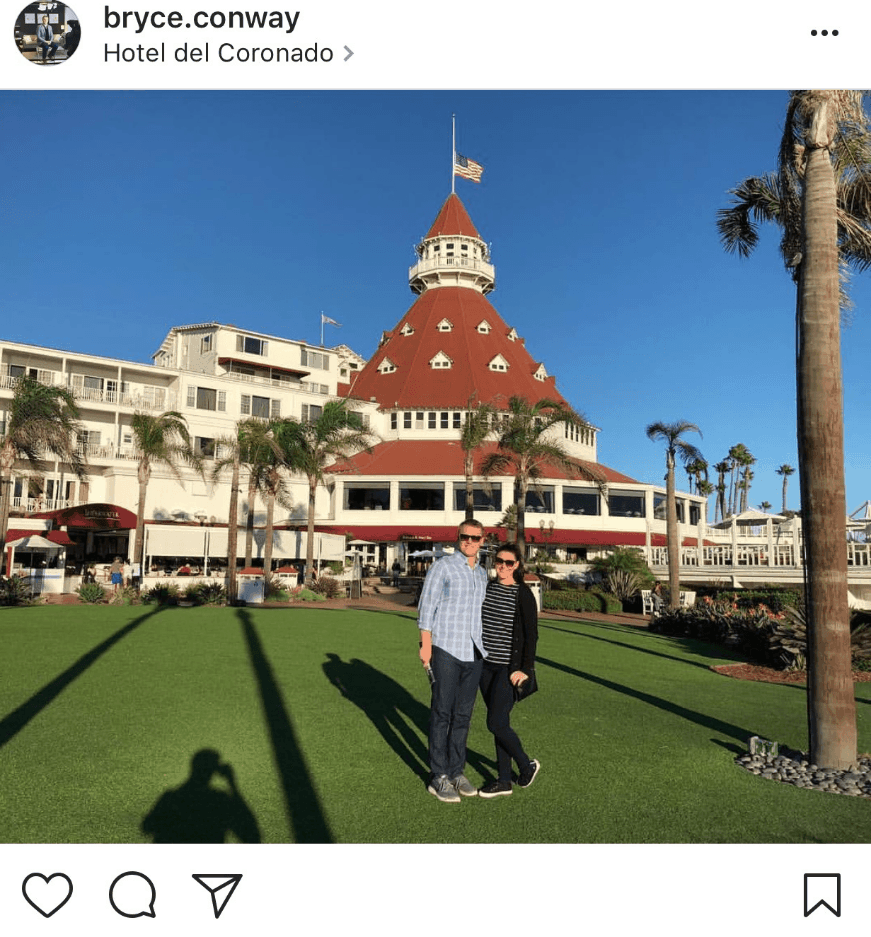 You haven’t visited San Diego until you have taken this picture.

This time, I decided to stay there thanks to the hotel’s recent addition to the Curio collection by Hilton. I was sitting on a nice stash of Hilton points thanks to a few paid stays and points earned with the Hilton Surpass Card from American Express I opened just a few months ago.

Hotel del Coronado is located right on the beach on Coronado Island, which is maybe a 10-minute Uber ride from downtown and some of the other more popular areas in San Diego. Not ideal if you are in town to experience the nightlife but I personally enjoyed the serenity of being away from the hustle and bustle of the city. 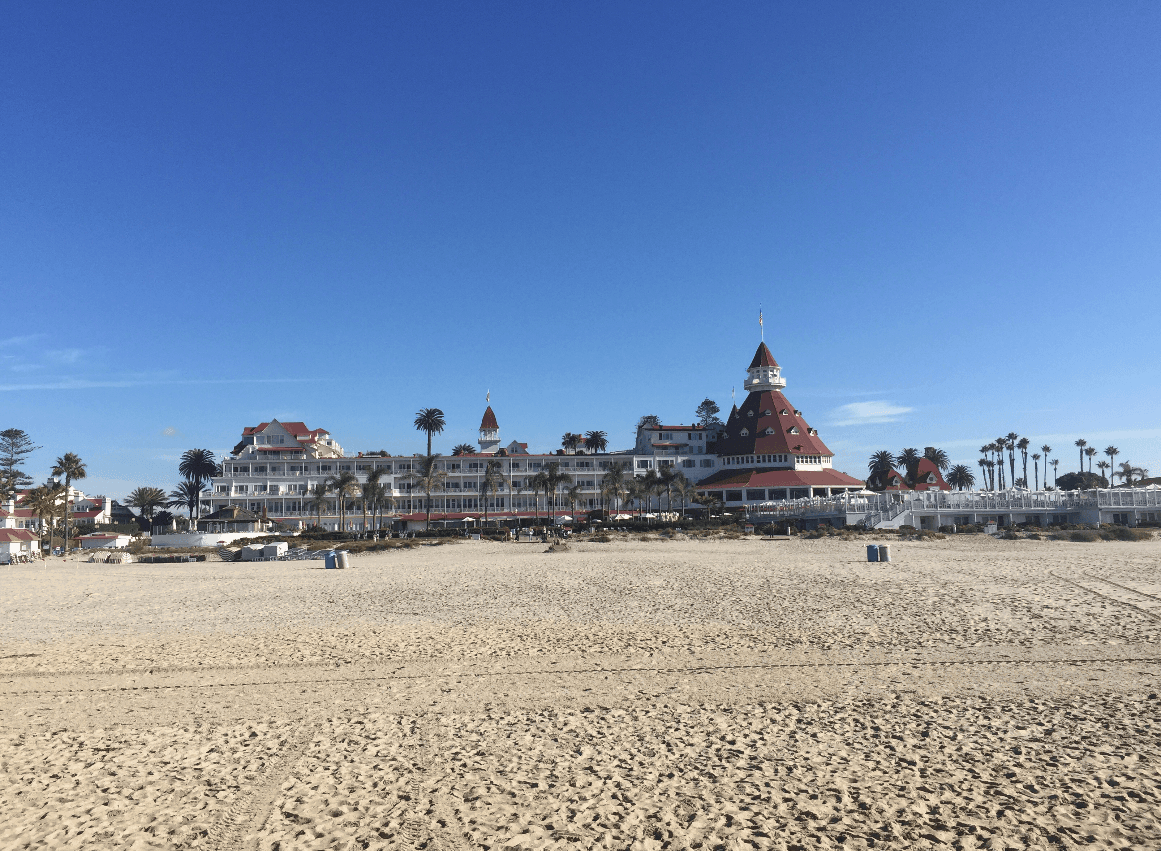 I was able to book a standard room at this iconic hotel for just 63,000 Hilton Honors points per night. You usually won’t see me say the word “just” before “63,000 points” but remember these are Hilton points we are talking about here. You are lucky to get more than 0.5 cents per point of value out of them. 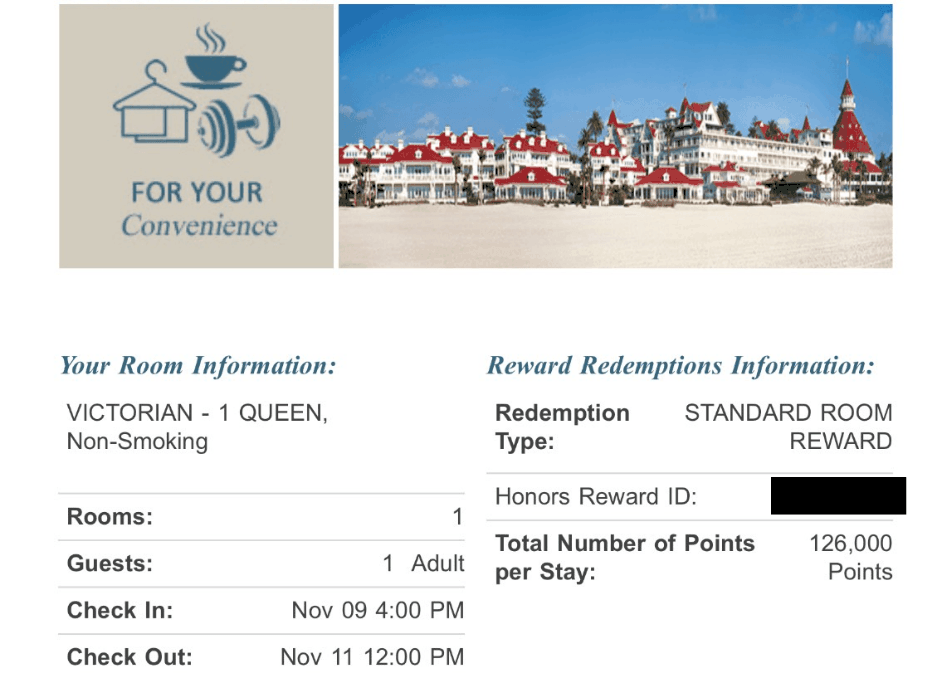 I was able to book a 2-night stay at Hotel del Coronado for 126,000 Hilton Points

Cash prices for this beautiful hotel are typically $330+ per night in November so my 63,000-point redemption resulted in a value of 0.52 cents per Hilton point. Not bad at all.

I also have Hilton Gold Status thanks to The Platinum Card from American Express, which would otherwise require 20 stays or 40 nights a year to earn. My Gold status gives me access to room upgrades (when space is available) as well as free continental breakfast at Curio hotel properties among a variety of other perks. One of many reasons I happily shell out $550 a year to keep this card.

If you don’t have The Platinum Card or the Business Platinum Card from American Express, the Hilton Surpass Card also provides Gold status with Hilton. 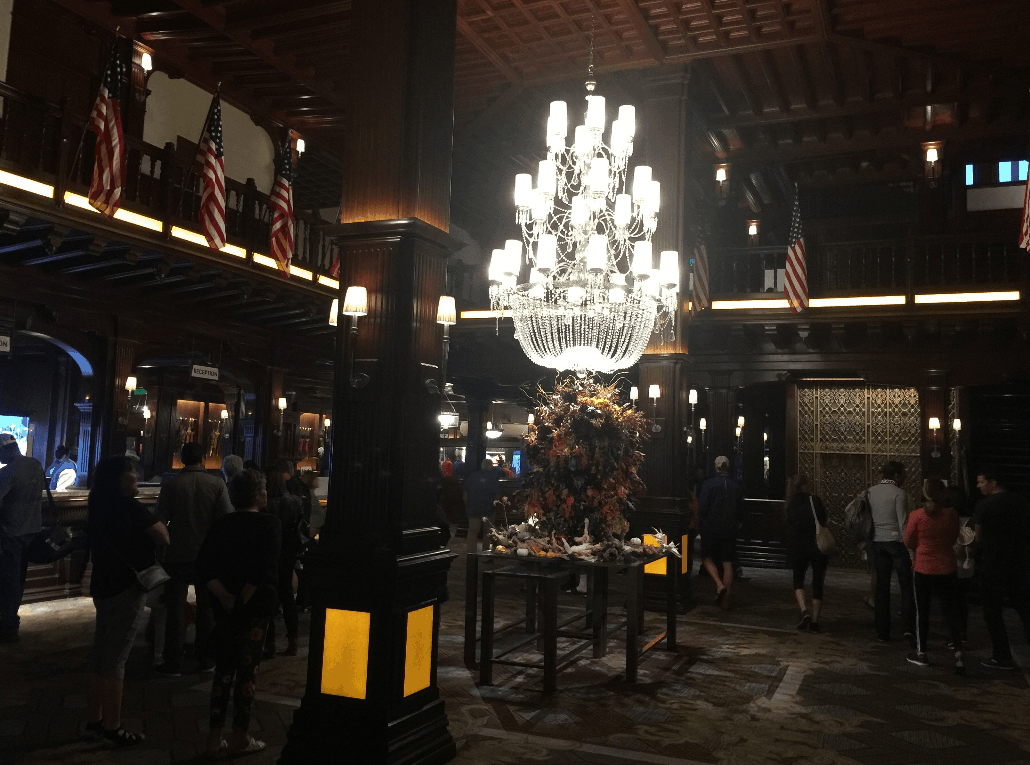 Given that I was visiting this beachside resort in mid-November, I expected to get an upgrade and did. I was given a Coastal View King Room in the Victorian tower, which is the oldest part of the hotel. 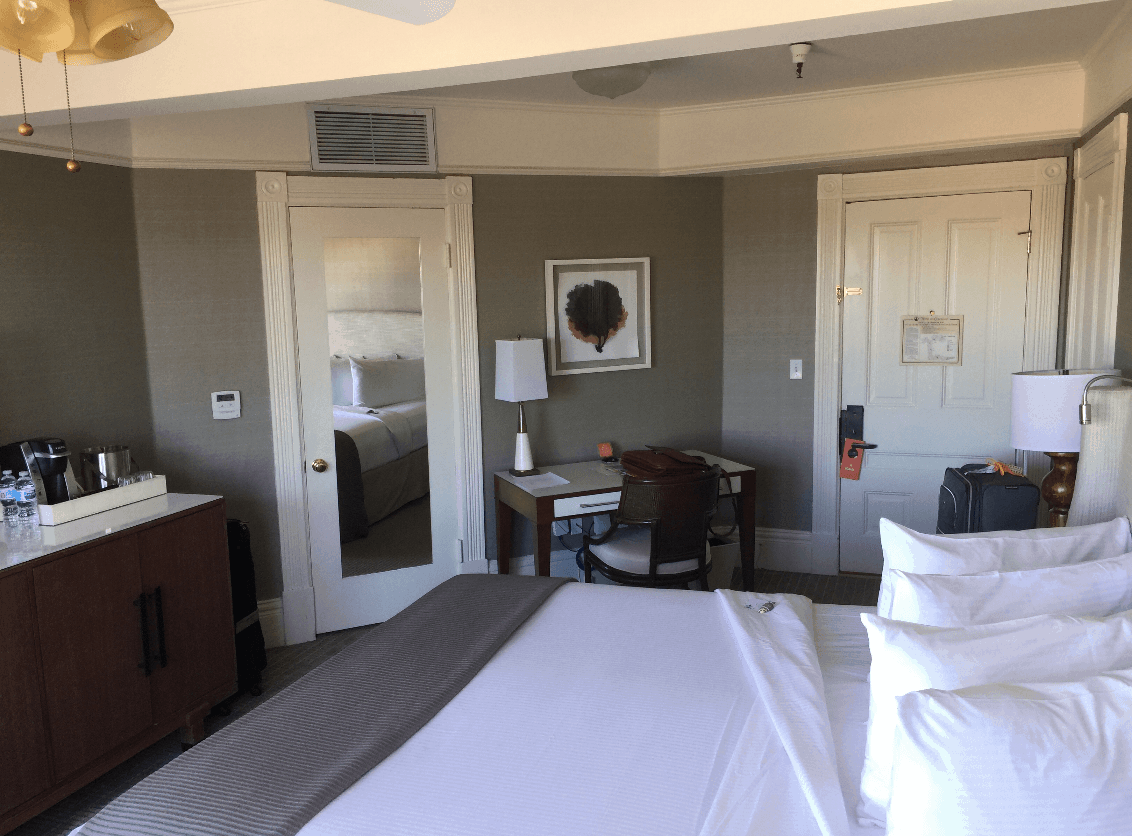 It’s certainly not the largest or most luxurious room I have ever stayed in but such is life when you are staying in a hotel that was built in the 1800s. The partial ocean view was particularly beautiful having just flown in from Ohio where it was 30 degrees and raining. 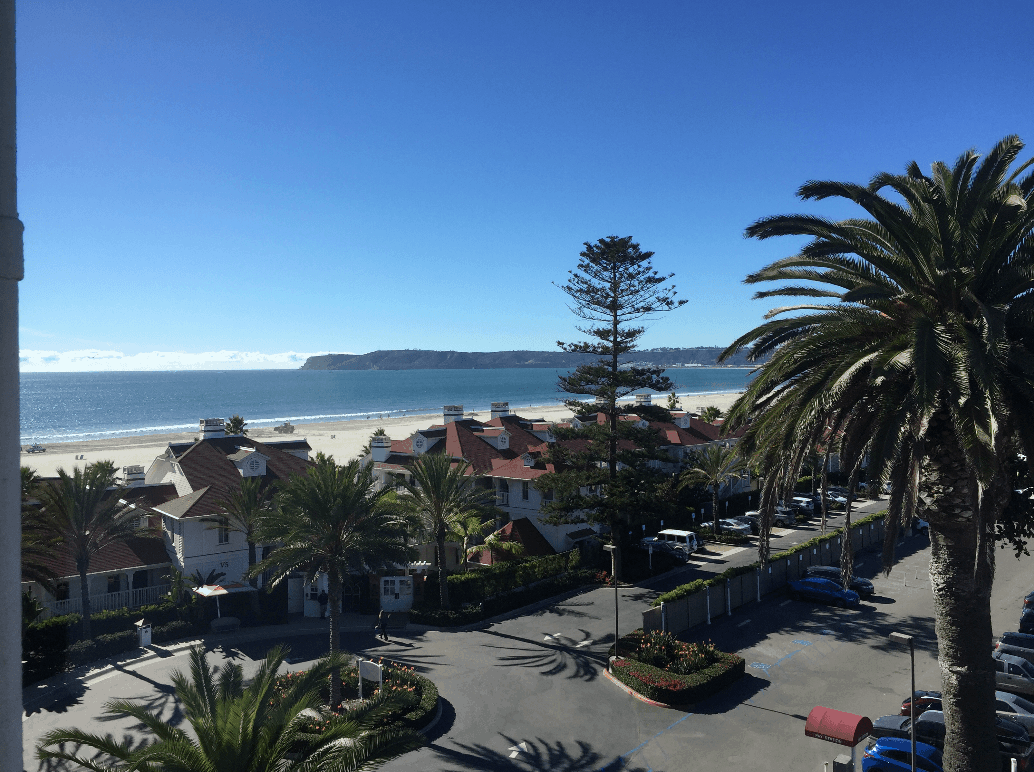 The Coastal View King Room was about 300 square feet and featured a king sized bed and large, walk-in closet.

The bathroom was small and featured a tub/shower combo, but this is also not uncommon when staying in older hotels. 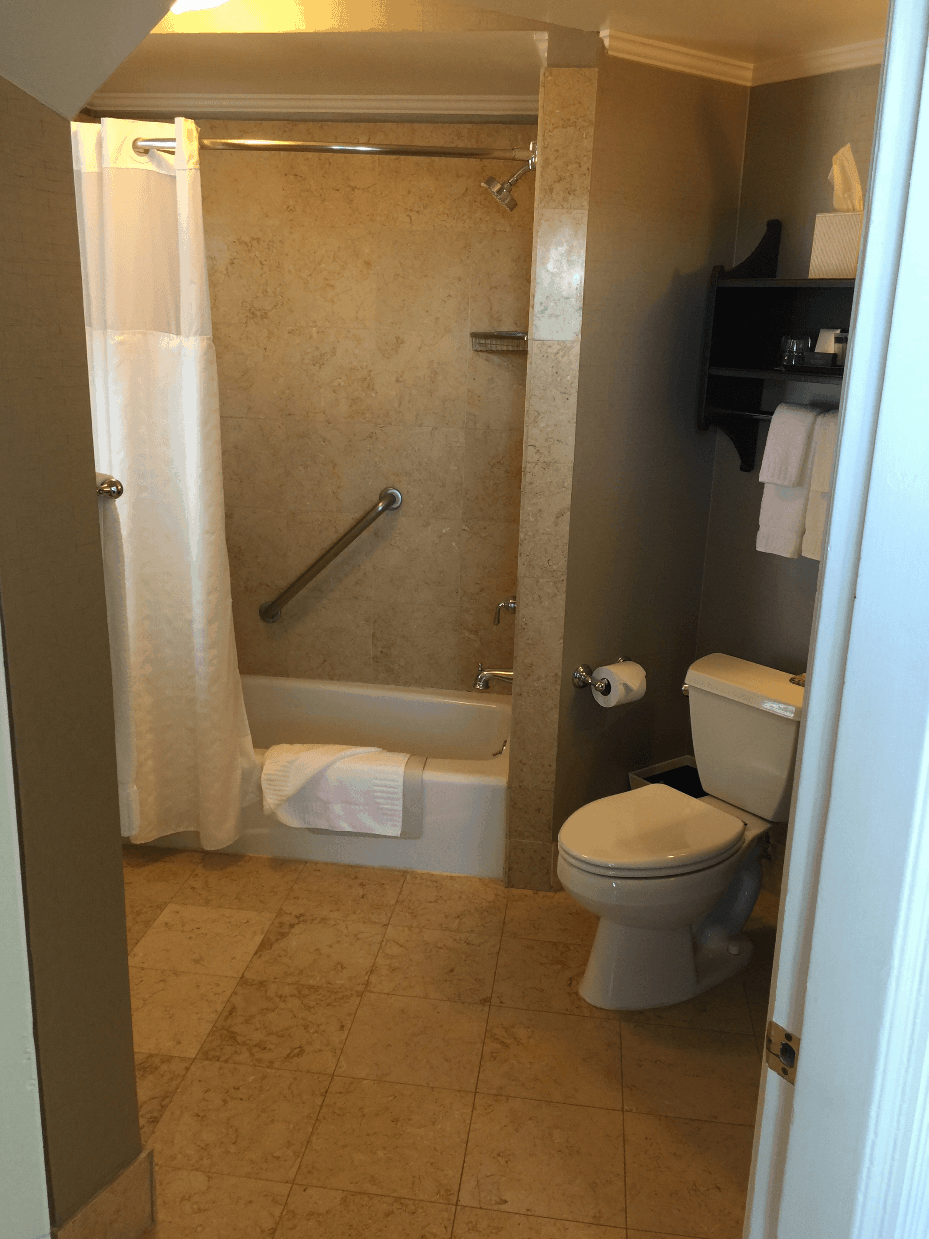 The free continental breakfast was served at Sheerwater, the hotel’s more casual restaurant that overlooks the famed Coronado Beach. For $20 I had the option to upgrade to the full buffet, which included an omelet bar and all the other usual breakfast offerings. I stuck with the continental option and was more than satisfied. 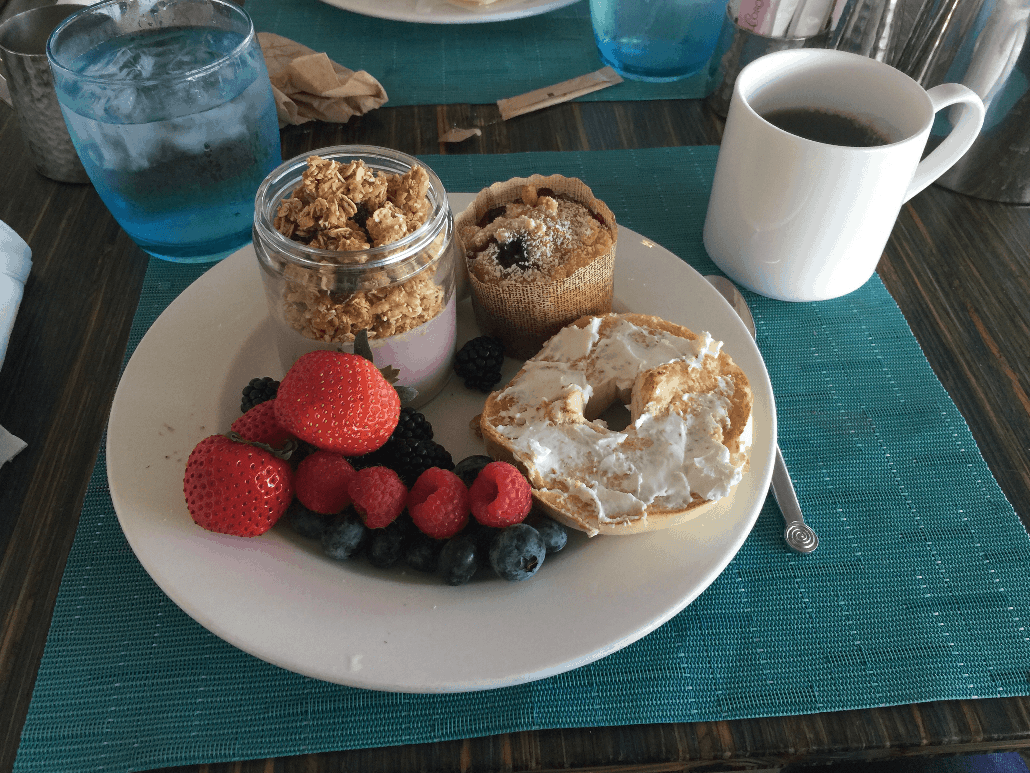 I can’t say much about the service at the hotel because I really had very little interaction with the staff. That’s not a bad thing in my book, as I was excited to get out and experience everything that San Diego had to offer.

And of course I took time to see the highlights of San Diego, including walking the Beach Trail at Torrey Pines and a visit to some of the city’s best breweries. 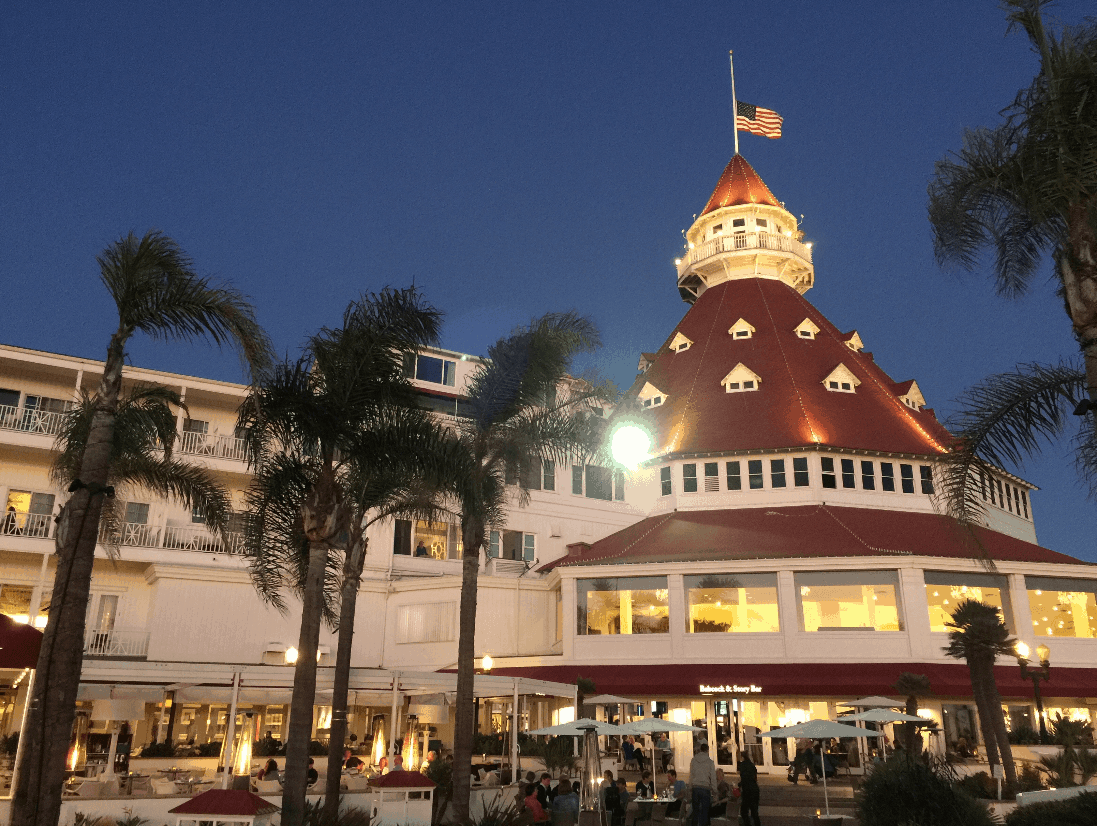 Overall, I really enjoyed my stay at Hotel del Coronado and love the fact that it can now be booked with Hilton Honors points. Normally I wouldn’t splurge to stay at a hotel like this for such a quick getaway but I am glad that I did.

If you find yourself in San Diego, you should definitely give it a look, especially if you have Hilton points to burn. You’ll be glad that you did.